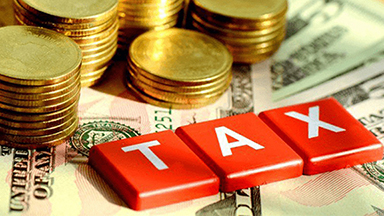 President Dr Arif Alvi on Monday signed the Tax Laws (Second Amendment) Ordinance 2022, paving the way to impose new taxes in order to collect billions of rupees in revenue.
The president gave the approval to the Ordinance on the advice of the prime minister under Article 89(1) of the Constitution. Under the Ordinance, the amendments have been made to the Sales Tax Act 1990, Income Tax Ordinance 2001, Federal Excise Act 2005, and Finance Act 2022.
A leading tax expert, Muhammad Umair Zeb, explained to The Khyber Mail News that according to the presidential ordinance also dubbed as ‘mini-budget’, a sales tax of up to 7.5% has been imposed on the electricity bills of traders. A 5% sales tax will be imposed on the electricity bills of traders less than Rs 20,000 per month and 7.5% on the bills of traders in case of a bill of more than Rs 20,000. The government is likely to get an amount of Rs 27 billion in taxes from this initiative.
The federal excise duty (FED) on imported vehicles including limousines, sports vehicles and pickups has been increased through the ordinance. The government will get up to Rs14 billion by increasing the FED on imported vehicles. However, the FED has not been increased on imported vehicles used for public transport or delivery of goods.
Umair Zeb, Member Tax Bar briefed other tax amendment includes: taxes worth Rs36 billion imposed on cigarettes and tobacco; tax rate on tobacco increased from Rs10 to Rs390 per kg; duty on branded cigarettes increased within a range of Rs 200 to Rs 600; taxes on cigarette brands falling under tier-I increased from Rs 5,900 to Rs 6,500; taxes on cigarette brands falling under tier-II increased from Rs 1,850 to Rs 2,050.
Overseas Pakistanis will be exempted from taxes on any allowances.
Taxes are exempted on agricultural diesel engines, agricultural machinery, the motor vehicle used for public transportation, and carriage of goods.
Taxes are also exempted on a motor vehicle held in Pakistan by a foreign diplomat or a foreign diplomatic mission. Income tax on diplomats “mistakenly imposed” in the federal budget has been abolished. Tax exemption has been restored to Kuwait Foreign Trading Contracting and Investment Company.
The amendments are applicable from July 01, 2022. This means the retailers have to pay the tax on their electricity bill issued for the month of July 2022. A commissioner of Inland Revenue, Federal Board of Revenue (FBR) has been authorized to issue orders to the electricity supplier regarding the exclusion of a person who is either a Tier-1 retailer or not a retailer.
According to the ordinance, notwithstanding anything contained in this Act, the Federal Government may, in lieu of or in addition to the tax under sub-section (9), by notification in the official Gazette, levy and collect such amount of tax at such rates and from such date as it may deem fit, from retailers, other than those falling in Tier-1, through their monthly electricity bill, and may also specify the mode, manner or time of payment of such tax:
Provided that different rates or amounts of tax may be specified for different persons or class of persons.
The ordinance also amended Income Tax Ordinance, 2001, and introduced special provisions relating to the payment of tax through electrical connections.
It said that notwithstanding anything contained in the Ordinance, a tax shall be charged and collected from retailers other than Tier-I retailers as defined in the Sales Tax Act, 1990 (VII of 1990) and specified service providers on commercial electricity connections at the rates specified in the income tax general order issued in terms of sub-section (2).
Sub-Section (2): For the purposes of this section, the Federal Government or the Board with the approval of the Minister in-charge pursuant to the approval of the Economic Coordination Committee of the Cabinet may issue an income tax general order to-
(a) provide the scope, time, payment, recovery, penalty, default surcharge, adjustment or refund of tax payable under this section in such manner and with such conditions as may be specified;
(b) provide the collection of tax on the amount of bill or on any basis of consumption, in addition to or in lieu of advance tax collectible under sub-section (1) of section 235, at such rates or amounts, from such date and with such conditions as may be specified;
(c) provide record keeping, filing of return, statement and assessment in such manner and with such conditions as may be specified;
(d) provide mechanism of collection, deduction and payment of tax in respect of any person;
(e) include or exempt any person or classes of persons, any income or classes of income from the application of this section, in such manner and with such conditions as may be specified; and
(f) provide that tax collected under this section shall in respect of such persons or classes of persons be adjustable, final or minimum, in respect of any income to such extent and with such conditions as may be specified. The provisions of sub-section (1) of section 235 shall apply to the persons as specified therein unless specifically exempted under the income tax general order issued under sub-section (2). The provisions of section 100BA and rule 1 of the Tenth Schedule shall not apply to the tax collectible under this section unless specifically provided in respect of the person or class of persons mentioned in the income tax general order issued under sub-section (2).”