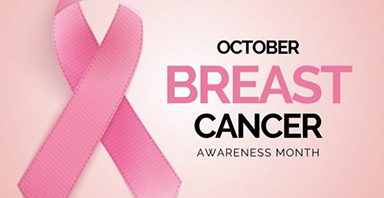 ISLAMABAD, Oct 29 (APP): First Lady Samina Alvi on Saturday called upon society to play an active role to create more awareness among the target women through media products on the paramount importance of early diagnosis of ‘Breast Cancer ‘and build the confidence of women to fight the disease.
“October is Breast Cancer Awareness Month to raise awareness about the impact of breast cancer and raise voices together on the importance of early diagnosis and its screening”, she said while speaking to a private news channel.
She said that breast cancer could be treated and cured if diagnosed in the early stage, and its survival rate was more than 98 to 99 percent.
The First Lady said the identification of breast cancer at an early stage always has a significant impact on reducing both illness and death, adding, women in Pakistan tend to approach health facilities at last stage of cancer due to multiple socio-economic and cultural factors including lack of awareness and their belief in traditional treatments and spiritual healing.
She explained that when we had started a national level drive on breast cancer, there were many women who do not share their health issues with others and were also shy to go for any kind of breast examination but now with the increasing awareness sessions with women, the problem is far better than before.
She mentioned that the breast cancer awareness campaign, led by her had resulted in a significant increase in the early reporting of cancer cases in the hospitals.
Samina Alvi also appreciated the role played by media in creating awareness about breast cancer in October
and hoped that media would continue its role to educate the people about the disease.
While expressing her satisfaction over the recent trends, she said recent data had showed that now, most of the patients specially young girls have started contacting doctors.
She further appealed the women to examine their bodies every month and immediately visit a doctor if they find a lump or a change around their breast.