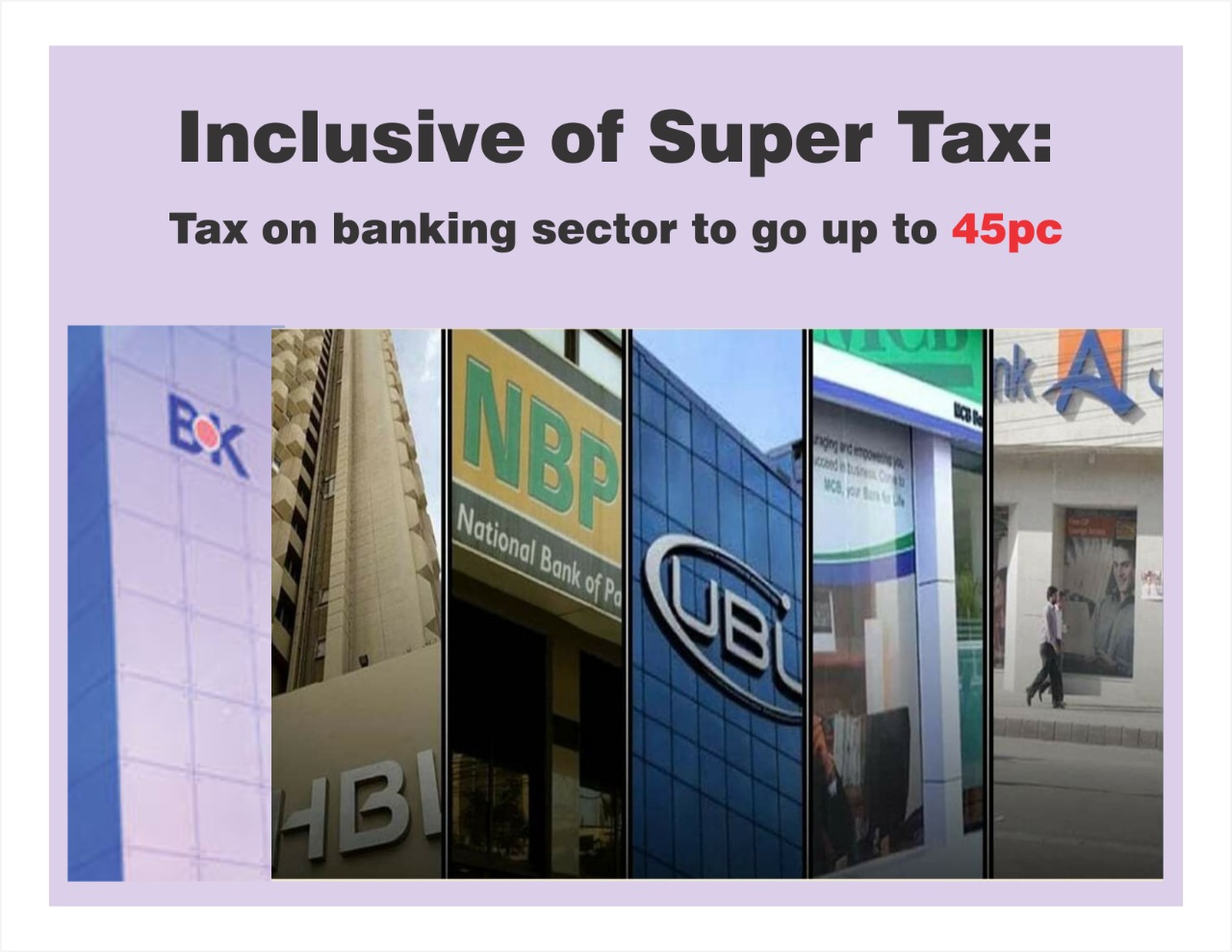 Federal Minister for Finance Miftah Ismail in his budget speech said that the banking sector has earned windfall gains due to higher interest rates and risk-free investment in government securities.
Therefore, in order to capture the real tax potential, the tax rate on banking companies is proposed to be enhanced to 45 percent for the next fiscal year from the current 39 percent inclusive of Super Tax, he added.
According to analysts, the federal government’s this measure could fetch around Rs 15 billion to Rs 20 billion additional taxes for the federal government in the next fiscal year.
The federal government has proposed increase in tax rate on banks despite that fact that Pakistan Banks Association (PBA) demanded the Federal Board of Revenue (FBR) not to impose any additional or new tax.
Banking sector is one of the largest contributors to the national exchequer paid total taxes of about Rs 178 billion to the national exchequer for the year ended Dec 31, 2021. In 2021, the total contribution to the national exchequer from the members of PBA was over Rs 340 billion as the sector collected and paid withholding tax of over Rs 162 billion to the FBR. Banking sector’s absolute post-tax profit of Rs 264 billion for the year ended Dec 31, 2021.
Recently, before the budget announcement, the PBA warned that any increase in tax rate on banking sector would also send a negative signal to all stakeholders of the banking industry especially their investors.
The PBA also strongly recommended the FBR and the government not to impose any additional or new tax or levy on the already overburdened banking sector and fully documented and pays the all taxes
The PBA believed that increase in tax rate would further widen the gap of taxes between the banking sector and other sectors.
Tax rate for banks is not only one of the highest in the region, but is also very high when compared to other business sectors in Pakistan. Super Tax rate for banking sector is also highest compared to other sectors.