Tax return filing in 2022 is lower than last year: FBR 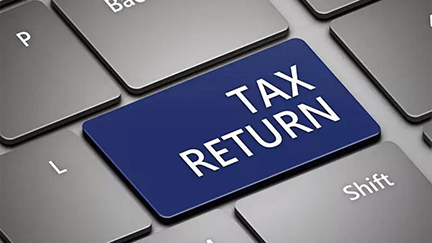 LAHORE, Nov 11 (APP): The Federal Board of Revenue has urged the Lahore Chamber of Commerce and Industry to ask its members to submit their tax returns on time as the filing of tax returns this year is far lower as compared to the previous year.
Speaking at the Lahore Chamber of Commerce and Industry, Member Public Relations, Federal Board of Revenue Sardar Ali Khawaja indicated that the low tax base is the basic problem, which calls for collaboration with business people. He advised LCCI members to submit their tax returns on time because the Lahore Chamber had requested an extension of the deadline for filing income tax returns.
On the occasion, LCCI President Kashif Anwar gave the FBR an assurance that they would fully cooperate. Senior Vice President LCCI Chaudhry Zafar Mahmood, Chief Commissioner of Inland Revenue Nasir Iqbal, and FPCCI President Irfan Iqbal Sheikh also spoke on the occasion.
According to Sardar Ali Khawaja, employees with yearly salaries under 4 lakh and businesses with incomes less than 6 lakh must file tax returns even if they file zero tax. According to him, efforts are being made in collaboration with the Lahore Chamber of Commerce and Industry to implement a fixed tax rate and simple tax returns.
He continued, “This year, we want more tax returns than last year to reach our revenue projections, and our mission is interaction, facilitation, education, and settlement of business community issues.” The Federal Board of Revenue, he claimed, desires frequent communication with the business community.
The president LCCI, Kashif Anwar, praised the Federal Board of Revenue for its efforts to simplify the taxation system and urged the use of a simplified tax return form for merchants and shopkeepers with annual sales of more than Rs. 100 million. He said that it will give a good massage to the taxpayers besides helping in expanding the tax net.
He said that it is an obligation for retailers to register in the POS. “One shop retailers, irrespective of their area, should be excluded from Tier – 1,” Kashif Anwar urged.
“In today’s era, information technology has become unavoidable for all sectors”, the LCCI President said, adding that the website of the Federal Board of Revenue is a great experience for the taxpayers as they have tax-related ordinances, rules and regulations, acts and other content like taxpayer facilitation brochure at one platform for which the department deserves appreciation.
He said that there should be no delay in implementing the recommendations given by the Federal Tax Ombudsman. It will be very convenient for the business community.
FPCCI President Irfan Iqbal Sheikh informed that the FPCCI has established a research department and 8 publications have been published so far. He said that the Ministry of Commerce has given the task of preparing papers to the FPCCI for Gulf Cooperation Council Conference.
He said that a lot of businessmen have received refunds during the last two years but there still a lot of cases pending. The FBR should resolve the issue case to case, he added.
Chief Commissioner of Inland Revenue Nasir Iqbal said that rectifying the taxation system is as like as repairing of a moving car. He said that Lahore has the highest rate of POS registration in the country. He stated that every month, more than 100 firms register with the POS system in Lahore.
LCCI Senior Vice President Chaudhry Zafar Mahmood said that the role of Federal Board of Revenue should be more cooperative and taxation system should be simple and easy to access.