The river still flows in medium flood at Kotri: FFC 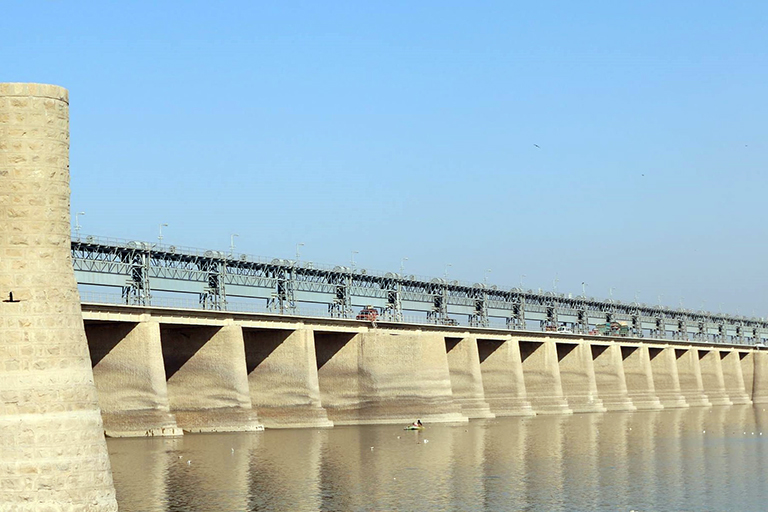 ISLAMABAD, Sep 16 (APP): The Federal Flood Commission (FFC) has said that River Indus at Kotri is flowing in “medium flood” with the discharge of 386,000 Cusecs against yesterday’s 429,000 cusecs while all other main rivers i.e Jhelum, Chenab, Ravi and Sutlej are running normally.

According to the daily FFC report on Friday, Tarbela Reservoir has already attained its maximum conservation level of 1550.00 feet since August 28 while Mangla Dam is 1193.05 feet against its MCL: 1242 feet (46.83 % storage still left).

Well-marked low-pressure area earlier over Northwestern Madhya Pradesh (India) has re-curved Northeastwards and has become insignificant for Pakistan. A fresh trough of Westerly Wave lies over the Northern parts of Afghanistan, with a weak seasonal low lies over Northeastern Balochistan. At present, moderate moist currents from the Arabian Sea are penetrating into upper parts of Pakistan up to 5000 feet.

The Flood Forecasting Division (FFD), Lahore, has predicted scattered thunderstorm/rain over Islamabad, Punjab (Rawalpindi Division), and Khyber Pakhtunkhwa (Peshawar Division) including upper catchments of Rivers Indus and Jhelum during the next 24 hours.

Isolated thunderstorms/rain may also occur over Gujranwala Division of Punjab and upper catchments of Rivers Chenab, Ravi and Sutlej, besides dry weather over the rest of the country during the same period.