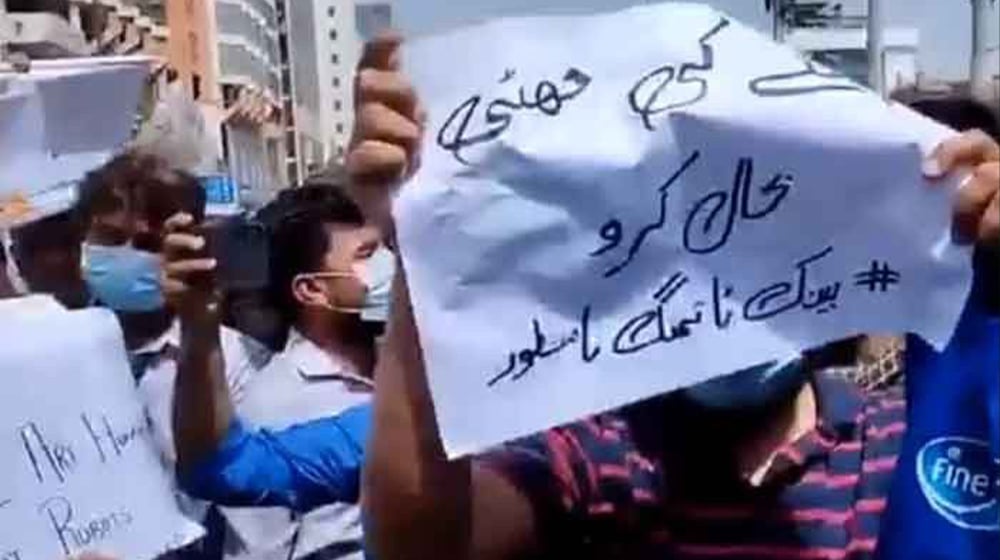 ISLAMABAD, Apr 18 (APP): The bankers across the twin cities of Rawalpindi and Islamabad on Monday staged protests outside the press clubs and State Bank of Pakistan buildings against the government’s decision of declaring Saturday as a working day.
The protesters hailing from various banks of the country demanded restoration weekend holidays and Ramazan timings. The protesters held placards and chanted slogans for the restoration of the weekend holidays.
Rizwan Ahmed, a protester said that a banker was working for 12-13 hours on average as his or her working timings used to start from 9am till 5pm without any break for prayer or lunch and used to pack at 8pm.
He said, “We use to reach office at 8:30am and the new timings of 8:00am are forcing to reach office at 7:30am which means an individual will have to leave his or her house at 6:45am to reach in time which is burdensome and insane especially during Ramazan”.
He urged the government to revise its decision and should not announce increase in working hours of banks as the banking staff was already facing tough working routine.
Shumaila Asjad, a female protester while chanting slogans said that the employees of other public departments used to have a completely different routine who were hardly serving for 5-6 hours and also had prayer breaks.
She said after the Friday protests in Karachi, a countrywide protest will be launched which has perturbed the quarters concerned. The concerned authorities are showing the stereotype attitude and propagating on social media that the notification for Saturday as working day will be withdrawn and working hours will be extended. This is sheer discrimination and forced labour for bankers who are already serving for 10-12 hours,” she added.
The protesters were of the view that the protests were held across the country outside press clubs of the respective cities and were determined to continue their struggle despite hot weather and tough situation.