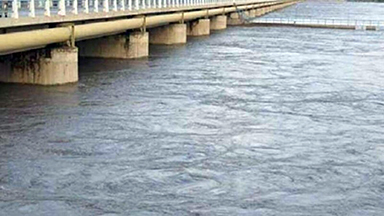 PESHAWAR, Aug 31 (APP): Water & Power Development Authority (WAPDA) has issued the position of the rivers inflows and outflows at Tarbela, Mangla and Chashma along with the reservoirs levels and the barrages for Wednesday morning.

The inflows and outflows of River Indus at Tarbela, Jinnah and Chashma, River Kabul at Nowshera and River Jhelum at Mangla have been reflected as mean flows of 24 hours, whereas the other flows have been gauged at 6.00 A.M.