‘Not afraid of the virus’: Wuhan turns page on Covid, three years on 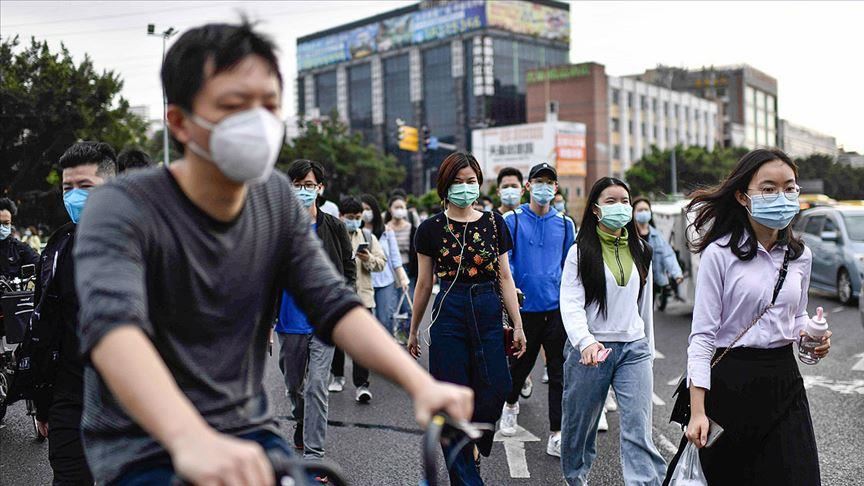 Wuhan, China, Jan 23 (AFP/APP): Residents of China’s Wuhan said Monday they were hopeful for the future and no longer afraid of Covid-19, three years after the city was locked down over what was then a mysterious virus.
Since Beijing ordered Wuhan sealed off in a bid to suffocate the outbreak in January 2020, Covid has devastated the planet, killing millions and plunging the global economy into turmoil.
But life is now back to normal for many across the globe and after almost three years of gruelling lockdowns and mandatory mass testing, Beijing last month lifted its hardline zero-Covid policy.
As China celebrated Lunar New Year this week, Wuhan was unrecognizable compared to the apocalyptic scenes that gripped the city of 11 million in early 2020.
Locals braved icy temperatures to pack busy markets and families — some not wearing masks — bought toys and threw stones along the Yangtze River.
Many told AFP they were elated that life was returning to normal.
“The new year will of course be better,” Yan Dongju, a cleaner in her sixties, told AFP.
“We are not afraid of the virus anymore.”
“Now that we have opened up, everyone is quite happy,” said delivery driver Liang Feicheng, wearing glasses and a black facemask to keep warm.
“A lot of our worries and depression have all slowly been resolved,” he added.
“People are going about their lives, coming together with family and friends, going out to play and travel and being happy.”
The January 2020 decision to lock down the city, announced in the middle of the night, took Wuhan’s residents by surprise as the world watched on with uncertainty.
For 76 days, Wuhan was cut off from the world, with residents holed up in their homes for fear of being infected as hospitals overflowed with patients.
But the horrifying scenes which marked the world’s first Covid lockdown are now a thing of the past.
Outside a shop where AFP captured the scene of a man who lay dying in the street in January 2020 — in an image that would become a symbol of the world’s fight against Covid — a sign for a new school on the second floor reads “House of Hope”.
But in a cogent reminder of the fraught geopolitics that would emerge as the virus spread across the globe, Wuhan’s Huanan Seafood Wholesale Market — once suspected of being the epicentre of the outbreak — remains closed.
The area around the once-bustling wet market was desolate when AFP visited Monday, though a police car kept watch.
China, relatively unscathed for years after its initial outbreaks thanks to draconian zero-Covid measures, has faced its biggest-ever case surge in recent weeks.
About 80 percent of the population is believed to have contracted Covid since health restrictions were lifted in December, according to leading epidemiologist Wu Zunyou.
On Saturday, China reported at least 13,000 Covid-related deaths in just under a week.
This figure, which only includes deaths reported in hospitals, adds to the approximately 60,000 deaths since December that were previously reported by authorities.
But it is likely a huge underestimate for a population of 1.4 billion, and Beijing’s official case tally is no longer believed to reflect reality.