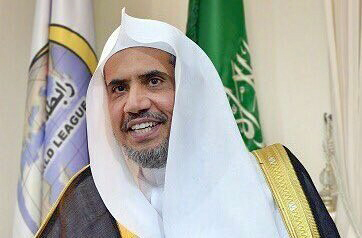 DUBAI: Islam does not prohibit Muslims from exchanging Christmas greetings with Christians, the head of the Muslim World League has said in an earlier interview.

Sheikh Dr. Mohammed Al-Issa particularly reiterated that there was no text in Sharia law that disallowed Muslims from extending greetings to Christians.

He noted that fatwas regarding the exchange of holiday greetings with non-Muslims were issued by senior scholars in the Islamic world, and it was not permissible to object to any issue related to Sharia jurisprudence. He added that objection was only on issues with definitive consensus, not presumptive ones. Al-Issa also said there was no religious text that prohibited such greetings, and when a Muslim greeted another non-Muslim on holidays, this did not mean he was acknowledging another faith. Al-Issa indicated that congratulating non-Muslims on their holidays “is an apparent interest that serves the reputation of Islam.” “The purpose of these greetings is to promote coexistence and harmony in a world that is in dire need of that,” he said. Al-Issa also pointed out that Islam permits eating the food of “The People of the Book” in a reference to Christians and Jews, and did not allow the food of others.

Al-Issa is the head of the Makkah-based nongovernmental organization Muslim World League, which aims to clarify the true message of Islam. Some Muslim scholars over the years have triggered debates by labeling Christmas greetings as un-Islamic and thus prohibited.