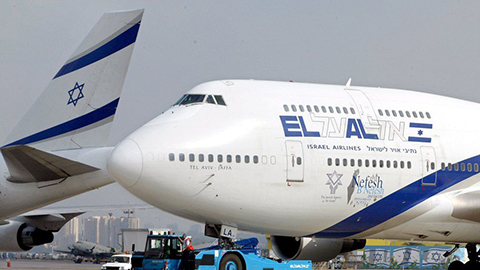 Oman has reportedly refused to open its airspace to Israeli commercial flights due to pressure from Iran, despite other Gulf states having opened theirs amid warming relations with Tel Aviv.

According to a report by the newspaper Israel Hayom on Thursday, Oman decided to keep its airspace closed to Israeli flights, a week after the chief executive of Israel’s carrier El Al – Dina Ben-Tal – said that Tel Aviv would receive official permission from Muscat to use its airspace.

That move was expected to be made after Saudi Arabia gave permission for the national carrier to fly over its airspace, in order to enable flights to pass directly over the Gulf region en route to destinations such as India and Thailand. “It’s not just Saudi Arabia. We need the full route to be approved,” Ben-Tal said at the time.

Although the report has neither been officially confirmed by Omani or Israeli authorities, Muscat’s decision to keep its airspace closed to Israeli flights would be the main obstacle preventing Tel Aviv’s plans to utilise its planned flight corridor over the Gulf to save time and fuel. Instead, the airlines will have to continue passing over the Red Sea and around the Gulf region during flights.

The Israeli newspaper’s report of Oman’s apparent decision came on the same day that the Omani and Iranian foreign ministers held a phone call to discuss bilateral relations and regional issues.

If Muscat did indeed make that decision, the primary reason – apart from its public insistence that it will not normalise ties with Israel until Palestinians are granted an independent state – would likely be its significant relations with Tehran and its caution around jeopardising them.

Despite the sultanate’s warming attitude to Israel and its efforts to build relations – though undeclared – with it in recent years, Oman’s likely aim is to maintain its status as a neutral and mediatory player in the region rather than an adversarial one.