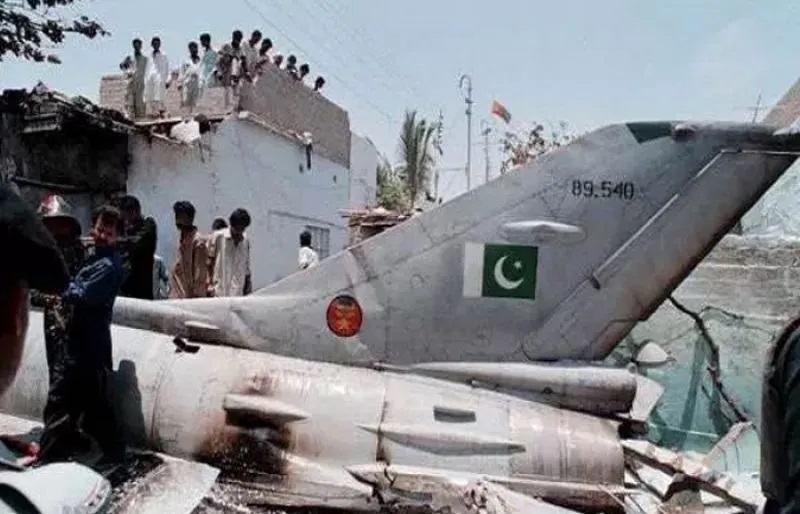 MIANWALI: A trainer aircraft of Pakistan Air Force (PAF) crashed in Mianwali. Luckily, all the pilots remained unharmed in the incident on Wednesday.

As per reports, a trainer aircraft F-7 was on a routine training mission, when it crashed near Lalu Khelanwala locality of Mianwali district this morning. The aircraft fell on a deserted place away from the populated area.

No loss of life was reported as all three pilots luckily remained unscathed in the crash. The crash happened three kilometers away from Mianwali Airbase. Soon after the incident, Rescue 1122 teams reached the venue and started operation.

According to the PAF spokesperson’s statement issued here said that a trainer aircraft crashed in Mianwali during a routine training mission. “Pilot ejected safely while no loss of life or property was reported on the ground,” it said.

The spokesperson said that a Board of Inquiry has been ordered by Air Headquarters to determine the cause of the incident.