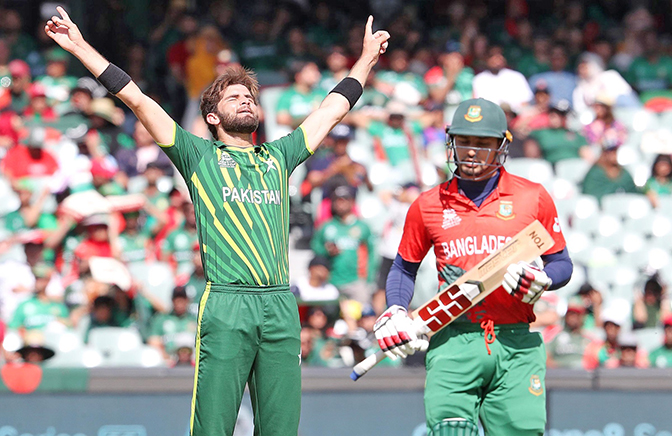 Adelaide: Fast bowler Shaheen Shah Afridi returned career-best figures of 4-22 to lead Pakistan into the Twenty20 World Cup semi-finals with a five-wicket win over Bangladesh in a do-or-die clash on Sunday.

Chasing a modest 128 for victory in Adelaide, Pakistan achieved their target with 11 balls to spare and join arch-rivals India in the final four from Group 2.

The clash turned into a virtual quarter-final after the Netherlands stunned South Africa in the opening match of the day, a result which put India into the semis.

India play Zimbabwe in the last Super 12 match of the tournament in Melbourne later on Sunday to decide who plays whom in the last four. New Zealand and England qualified from Group 1.