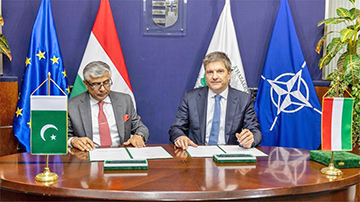 During the meeting, both sides exchanged views on regional and global security and matters of mutual interest, particularly in defence collaboration.

At the end, it was mutually agreed to conduct such visits for the promotion of defence ties between both countries.