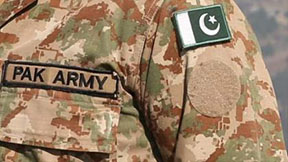 ISLAMABAD — Pakistan’s military modernization it taking a hit, with the government slashing the budget for the Armed Forces Development Program by 72 billion rupees (U.S. $346 million) — a decrease of about 20%.
The move helps meet a demand by the International Monetary Fund that the country achieve a primary budget surplus of 153 billion rupees, or 0.2% of the national output for the new financial year in order to revive an IMF bailout package.
The government allocated 363 billion rupees for the AFDP modernization effort when it presented the fiscal 2022-2023 budget on June 10. The revised AFDP figure — 291 billion rupees — was made public by the Finance Ministry after the National Assembly approved the budget.
Analyst and former Australian defense attache to Islamabad, Brian Cloughley, believes the current economic crisis has left Pakistan with no room to maneuver.
“The IMF had to be strict, and one obvious and not unwelcome avenue for [Prime Minister] Shehbaz Sharif is to reduce the defense allocation, although the development program appears to be the only specific target sector,” he said.
Among other adjustments to the FY22-23 federal budget, the defense fund will now receive an additional 41 billion rupees; operationally speaking, this could help the military as it faces economic inflation.
This the second year the AFDP budget was cut in response to an IMF demand. The FY21-22 budget was cut from 340 billion rupees to 270 rupees.
Defense News asked the Ministry of Defence Production, which handles defense equipment development and procurement, how the latest funding decrease would affect AFDP, but the ministry did not respond by press time.
“It is unlikely that this will have a drastic impact on Pakistan’s overall defense preparedness, and it certainly will not affect nuclear weapons,” Cloughley said. “There will be visible and publicized shelving of some programs, and no doubt military staffs are working hard to determine and recommend action in areas that will have minimal effects on strategic plans.”
Defense economics analyst Fida Muhammad Khan of the Pakistan Institute of Development Economics think tank, thinks the Air Force’s modernization plans could be vulnerable, while the larger Army wields enough influence to escape major damage.
“The Air Force has to stay up to date, fleets need to be battle-ready, and that has a high price,” he said. “These cuts will impact the JF-17 [fighter jet] program, [Pakistan Aeronautical Complex] projects and many more sophisticated weapon programs.”
“Maintaining one jet requires more resources than equipping infantrymen,” he added, noting that modern aerial combat is essentially “fought beyond visual range” and therefore expensive.
Instead of targeting the AFDP fund, he said, the government should after “revisisted” its Public Sector Development Program, meant to encourage private investment by promoting skills among the labor force and improving infrastructure.
With what’s essentially a tax break on high-end tobacco products, done by raising the tax rate band, the government is set to lose out on billions of rupees that were expected to boost revenue from the industry — from 150 billion rupees to 225 billion rupees.
Nevertheless, Khan said, the military’s needs will be met.
“There is no question or doubt about that. So this is a cut that can be tolerated for once.”