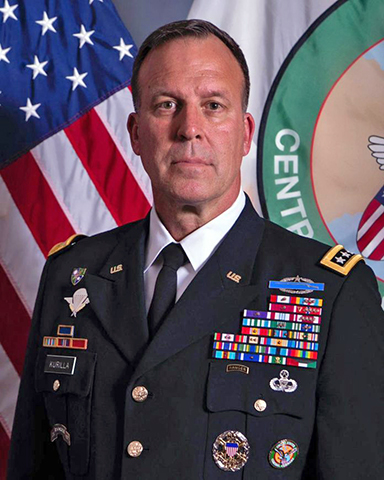 The CENTCOM chief, who has concluded his two-day visit to Pakistan from December 14-16, said that he was looking forward to continuing efforts with Pakistan’s new army chief General Asim Munir in combating the shared threats to regional security. “I greatly look forward to working with General Asim Munir. This is a strategic relationship that underpins security and stability across the region,” the CENTCOM chief told APP in an exclusive interview on Saturday.

General Kurilla held meetings with Pakistan’s military leadership to reaffirm security ties between the two nations. He also visited Torkham border crossing to discuss the security situation along the border with Afghanistan. He termed his visit “great” as he met General Asim Munir and Joint Chiefs of Staff Committee General Sahir Shamshad Mirza. I came away very impressed with the leadership of the Pakistan armed forces and their professionalism, he said adding, we discussed opportunities to address key mutual defence interests.”

During the engagements in Pakistan, General Kurilla said that he was able to strengthen his previously established relationship with General Asim Munir. “Personal and face-to-face visits to Pakistan are critical to building my understanding of the opportunities and challenges for the Pakistan armed forces and to building on our security cooperation,” he said. “The objective of visit was to further the partnership and relationship that the United States and Pakistan built over the last 75 years.”

The CENTCOM chief expressed commitment to strengthening the Pak-U.S. military-to-military ties and said, “Our relationship has long been viewed as critical to U.S. interests and the region.”

Asked if the U.S. still looks at Pakistan through the prism of Afghanistan, he said, “The CENTCOM views the US-Pakistan relationship through its own bilateral merits and its potential to improve stability across the region, adding that it was broad-based and important for our countries, for the region and the world.

In the wake of recent regional developments, he said the relationship must be “preserved” and stressed that it was so important for the region.

In response to a question on the U.S. military assistance to Pakistan, he said the partnership aimed at building defence capacity. “For example, this year, the U.S. agreed to maintain and upgrade Pakistan’s F-16 fleet. Maintaining and upgrading this fleet is critical to Pakistan’s air power,” he said.

General Kurilla also mentioned the grant assistance to Pakistan for the International Military Education and Training (IMET) programme, which he said was “beneficial to both militaries”.

The IMET’s professional military education, operational and technical courses strengthen Pakistan’s counter-insurgency and counter-terrorism capabilities, and the skills courses improve institutional capacity and resource management, he said adding that the U.S. would seek to continue and even increase opportunities for the IMET programme.

The CENTCOM chief also outlined the U.S. support to Pakistan through numerous development and assistance projects in the areas of health, agriculture, education, entrepreneurship and energy. “These are all important components of the broader U.S-Pakistan bilateral relationship,” he emphasized.

On recent flash floods in Pakistan, he said the U.S. provided over $97 million in assistance while its troops delivered supplies to the government. The U.S. is actively assessing the situation to determine additional needs, he said.

To a query about the scope of Pak-U.S. intelligence sharing and joint military exercises, he said that the information sharing was vital to achieving sustained action against all militant and terrorist groups.

He mentioned in this regard the Falcon Talon 2022, a major bilateral aerial training event this February and March, which he said showed the United States’ enduring commitment to maintaining a shared understanding of threats in the region.

General Kurilla highlighted that Pakistan held command of a Combined Maritime Forces Task Force longer than any other nation.

“The Pakistan armed forces are a participant and a leading force within the Combined Maritime Forces, the world’s largest multinational maritime partnership, which exists to uphold the Rules-Based International Order at sea,” he said.

He mentioned that Pakistan Navy commanded two of the Combined Maritime Forces’ four task forces. This includes command of Combined Task Force 150 by Pakistan Navy Commodore Vaqar Muhammad on maritime security operations outside the Arabian Gulf, from January to July of this year. Also, Commodore Ahmed Hussain commanded Combined Task Force 151 on counter-piracy operations from April to August this year.

“We are grateful for Pakistan’s leading role in this important international maritime partnership,” he expressed.