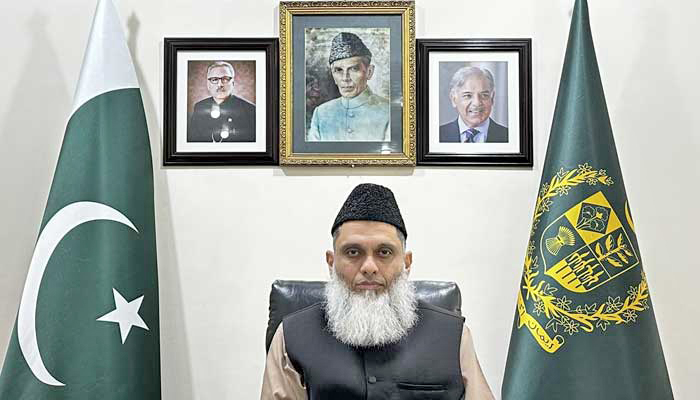 In a statement, FO spokesperson Mumtaz Zahra Baloch said: “The compound of the Embassy of Pakistan in Kabul came under attack today targeting Head of Mission Ubaidur Rehman Nizamani.” She maintained that by the grace of Allah Almighty, the head of the mission is safe, however, a Pakistani security guard Sepoy Israr Mohammad was injured while protecting the senior diplomat. The attack took place while the head of mission was on a walk and was saved by the security guard deployed for his protection, sources told.

It has been learned through sources that the guard was injured after taking the three bullets on his chest and has been shifted to a medical facility. When the incident happened, there was no activity in the Pakistani Embassy due to weekly off. The head of mission and other officials are being called back to Pakistan temporarily, the sources said.

Prime Minister Shehbaz Sharif condemned the attack deeming it dastardly and lauded the guard for saving the life of Pakistan’s head of mission. “Salute to the brave security guard, who took a bullet to save his life,” he wrote in his tweet. The premier extended prayers for the guard’s swift recovery demanding an “immediate investigation and action against perpetrators of the heinous act”. Nizamani took charge of his position on November 4.
Meanwhile, the United Nations firmly condemned the attack on the Pakistan Embassy in Kabul on Friday that targeted the Head of Mission, Ubaid-ur-Rehman Nizamani, with the hope that the security situation in Afghanistan will improve.
“We’re, first of all, thankful that the charge d’affaires (Nizamani) of the embassy of Pakistan was unharmed,” the UN Secretary-General’s Spokesman, Stephane Dujarric, said in reply to a question at the regular noon briefing in New York. “We very much hope the security guard (who was critically injured) recovers.” “But”, the spokesman added, “more importantly, we condemn, firmly these types of attacks.”
Asked whether the security situation in Afghanistan was deteriorating, Dujarric said, “We have seen in Afghanistan a number of attacks of security challenges. We want the situation to get better and to improve, and we will continue to do what we can in that regard.”
In Islamabad, the Foreign Office has asked the Afghan authorities to investigate the attack and hold the culprits to account.
The injured Pakistani security guard Israr Mohammad was flown back to Peshawar on Friday night.
“The helicopter carrying the injured security guard Israr Mohammad in today’s attack on our mission in Kabul, has landed in Peshawar,” the Foreign Office spokesperson said in a statement.

The interim Afghan government strongly condemned the attack and assured that a “serious investigation” would be conducted to bring the perpetrators to justice.