Panasonic to build $4 billion electric vehicle battery plant in US 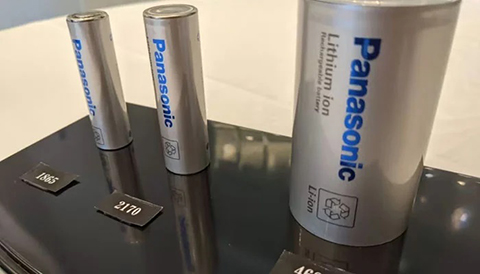 Tokyo, July 14 (AFP/APP): Japanese electronics giant Panasonic said Thursday it will spend $4 billion to build a new battery factory in the United States for electric vehicles.
The lithium-ion battery plant in Kansas could create up to 4,000 new jobs, Panasonic said, as the Tesla supplier drives to expand its presence.
“With the increased electrification of the automotive market, expanding battery production in the US is critical to help meet demand,” Kazuo Tadanobu, president and CEO of Panasonic Energy, said in a statement.
The factory will be Panasonic’s second electric car battery operation in the United States, joining its facility in Nevada.
The announcement comes with Tesla struggling to boost production, after unveiling two new factories in Germany and the US state of Texas earlier this year.
Panasonic’s decision was welcomed by Kansas Governor Laura Kelly as “transformative” for the local economy.
The new factory is expected to be located in De Soto, Kansas, though the move is subject to approval by Panasonic’s board.
The decision was also welcomed by US Ambassador to Japan Rahm Emanuel, who said the decision to be “one of the largest battery production sites for the next generation of electric vehicles” in Kansas was “a vote of confidence” in the US economy and its workers.