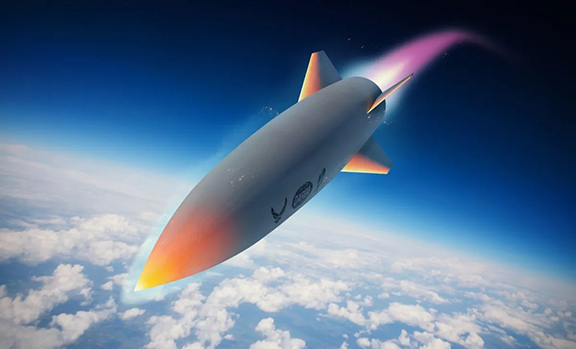 The Pentagon has agreed to work with Japan to find new ways to defend against hypersonic weapons, as the United States rushes to produce a missile to compete with similar platforms under development in China, and already deployed by Russia.

US Defense Secretary Lloyd Austin met with his Japanese counterpart Yasukazu Hamada at the Pentagon headquarters on Wednesday, where they discussed future military coordination between the two nations and focused on China’s “coercive actions” toward Taiwan in recent weeks.

“The ministers concurred that Japan and the United States would further accelerate cooperation in the area of equipment and technology to ensure technological edge of the alliance,” including “joint analysis on counter-hypersonic technology,” the Japanese Defense Ministry said in a statement.

The ministry noted that Washington and Tokyo would “cooperate closely and seamlessly” to prevent any “unilateral change in the status quo” in the Indo-Pacific region, where American warships frequently conduct ‘freedom of navigation’ missions through contested waters claimed by Beijing.

Both Austin and Hamada “strongly condemned China’s ballistic missile launches in early August,” with Tokyo claiming some of the projectiles landed within its exclusive economic zone (EEZ). The two also accused Beijing of provocative military drills near Taiwan – which China considers part of its own territory – following a visit to the island by US House speaker Nancy Pelosi last month.

In the Pentagon’s readout of Wednesday’s meeting, Austin vowed to “modernize the US-Japan alliance, bolster integrated deterrence, and further cooperate with like-minded partners to ensure a free and open Indo-Pacific,” though the release made no mention of hypersonic technology.

While various hypersonic missile designs have long been under development by the US defense establishment, no platform has been adopted into service. Following a test of the hypersonic AGM-183A Air-launched Rapid Response Weapon (ARRW) last May, the Air Force declared it a “major accomplishment,” though the missile failed to reach its theoretical top-speed of Mach 20 (or 20 times the speed of sound).

China, too, is working on a hypersonic munition, which it has test-fired on a number of occasions, while Russia’s hypersonic Kh-47M2 Kinzhal has been in service for several years, seeing its first real-world operational deployments during the conflict with Ukraine.