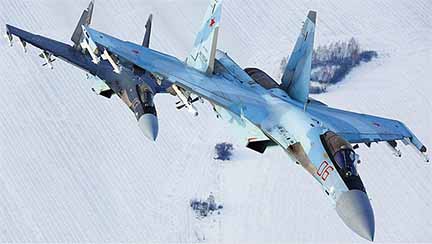 The Chinese People’s Liberation Army (PLA) reportedly dispatched 30 warplanes to the vicinity of the island of Taiwan on Monday, the same day a US senator arrived on the island for a surprise visit, and also at the same time the US Navy was holding dual carrier drills not far away from the region.
With most of the aircraft involved being fighter jets, the PLA practiced the seizure of air superiority and aerial strikes in a simulation of reunification-by-force, thus warning the parties involved in the US-Taiwan collusion that the PLA has the capacity to launch a lightning-quick assault that would end the Taiwan question once and for all when necessary, experts said on Tuesday.
The 30 PLA warplanes featured in the mission were two KJ-500 early warning aircraft, four Y-8 electronic intelligence aircraft, a Y-8 electronic warfare aircraft, a Y-8 anti-submarine warfare aircraft, six J-16 fighter jets, eight J-11 fighter jets, four J-10 fighter jets, two Su-35 fighter jets and two Su-30 fighter jets. The aircraft entered Taiwan’s self-proclaimed southwest air defense identification zone between the Dongsha Islands and the Taiwan island on Monday, said Taiwan’s defense authority on Monday.
This was the second largest PLA aircraft activity in 2022, after 39 sorties on January 23. It also marked the first time in a long period that the PLA Air Force’s Su-35 has made a public reappearance, observers said.
On the same day, US Senator Tammy Duckworth and her delegation arrived on the island of Taiwan for a surprise three-day visit, media on the island reported. Duckworth is reportedly scheduled to meet with Taiwan’s regional leader Tsai Ing-wen and others on Tuesday.
The PLA warplane activities also came shortly after two US aircraft carriers, the USS Abraham Lincoln and the USS Ronald Reagan, reportedly held drills on Saturday and Sunday in waters to the southeast of Okinawa, a strategic location analysts said is a main maritime battlefield if the US militarily intervenes in a possible conflict across the Taiwan Straits.
While the PLA aircraft sorties are part of the regular drills, they are also pointed at Taiwan secessionists and external interference forces like the US, analysts said.
Most of the PLA warplanes dispatched in the drills were fighter jets, and the rest were special-mission aircraft. This means the PLA likely rehearsed the seizure of air superiority from the island’s air force and the US carrier-borne aviation force, a Beijing-based military expert told the Global Times on Tuesday, requesting anonymity.
Some of the fighter jets tend to being pure air superiority fighters, like the J-11 and the Su-35, while some others tend to being more of a multi-role type that can also launch attacks on ground and maritime targets, like the J-16 and the Su-30, the expert said. The expert noted that the special-mission aircraft can provide command and control as well as intelligence and electronic warfare support.
All types of aircraft will join combat, and that is why they all need to train in drills, the expert said.
It is possible that Taiwan’s defense authority failed to identify all PLA aircraft under strong electronic interference or because of stealth capabilities from warplanes like the J-20, observers said.
Flight data released by Taiwan showed that the PLA likely practiced several waves of non-stop aerial strikes, Zheng Jian, director of the National Taiwan Studies Association and chair professor at the Taiwan Research Institute of Xiamen University, told the Global Times on Tuesday.
Drills like this tell the island that when the PLA makes a real move, it will likely be a sudden attack that can put an end to the Taiwan question once and for all, Zheng said. If and when that happens, there would be even more warplanes, in addition to forces on the ground, at sea and in cyberspace, he said.
The PLA staged in May at least two more large-scale drills around the island of Taiwan targeting collusive US-Taiwan activities, according to official announcements made by the PLA.