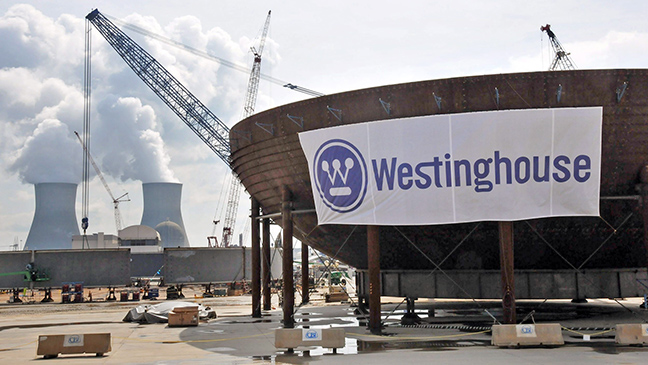 Warsaw, Oct 29 (AFP/APP): Poland on Friday picked US firm Westinghouse to build its first nuclear power station, as the country bids to shore up its energy security at a time of soaring tensions with the Russia-Ukraine conflict.
Westinghouse beat rival bids from France’s EDF and South Korea’s KHNP for the multi-billion dollar (euro) deal, although Poland has held out the possibility of other nuclear tenders in the future.
“We confirm our nuclear energy project will use the reliable, safe technology of @WECNuclear,” Prime Minister Mateusz Morawiecki wrote on Twitter.
Morawiecki said the decision would be formally adopted at a cabinet meeting in Warsaw on Wednesday.
US Energy Secretary Jennifer Granholm hailed Poland’s announcement, tweeting: “This is a huge step in strengthening our relationship with Poland for future generations to come.
“I think it sends a clear message to Russia that the Atlantic alliance stands together to diversify our energy supply… and to resist Russian weaponisation of energy,” she said in a video.
Granholm said Poland had picked Westinghouse “for the first part of their $40bn nuclear project”, without specifying the amount of the investment.
A senior US government official speaking on condition of anonymity said only that the deal was valued in the “billions” and would create “thousands of good-paying jobs”.
“This is a huge deal because this is not just about a commercial energy project, it’s about the way we will define what I would call interdependent security for decades to come,” the official said.