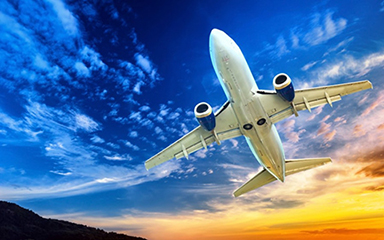 Paris, June 17 (AFP/APP): Desperate to put the coronavirus pandemic behind them, airlines will hold talks on Sunday ahead of a potential summer of chaos with shortages and strikes that could threaten their recovery.
While trade is roaring back to life, representatives from the aviation sector meeting for three days in Qatar have a packed agenda with multiple geopolitical crises including the war in Ukraine and the environment.
Cracks are already showing in the sector’s recovery, though industry figures are optimistic about the future despite the issues.
In the past few weeks, delays and cancellations caused by a lack of staff at airports and strikes for better pay have wreaked havoc upon travelers.
The problems originate with the pandemic when airlines and airports laid off thousands of workers during its worst-ever crisis.
Now, they are scrambling for workers.
Passenger numbers dropped by 60 percent in 2020, and in 2021 it was still down 50 percent. Airlines lost nearly $200 billion over two years.
While some firms in the sector went bankrupt, others — backed often by states — have emerged from the pandemic with profits intact.
European airlines are excited about the prospect for a “beautiful summer”, with some data showing booking rates higher than in 2019. In the United States, the domestic market has almost returned to pre-pandemic levels.
“Airlines are generating cash again, which is a real positive,” said Willie Walsh, head of the International Air Transport Association, during a visit to Paris earlier this month.
The sector’s morale was buoyant after “a very long and barren two years”, he told reporters.
The International Air Transport Association (IATA), which represents 290 airlines accounting for 83 percent of global air traffic, will host its annual general meeting in Doha.
There will be cause for celebration during the event.
In terms of Revenue Passenger Kilometres (RPKs), a measure of total distance flown by paying passengers, activity in April reached 62.8 percent compared with the same month in 2019.
That was the best figure since March 2020.
Domestic routes, meanwhile, hit 74.2 percent in April, better than international markets which reached 56.6 percent compared with the same period in 2019.
After the Easter holidays fiasco at European airports, Walsh admitted “the system is not up to speed”, but vowed the issues would be addressed.
He was hopeful despite the war in Ukraine and its wider impacts, surging inflation and record prices for jet fuel.
Fuel makes up 25 to 30 percent of companies’ spending, and given the still-fragile state of airlines’ balance sheets, higher costs will be passed on to customers to preserve their profits.
But the effects of Russia’s war in Ukraine are already being felt.
European flights to Asia are constrained by long diverted routes to avoid Russian airspace after having slapped heavy sanctions on Moscow.
With inflation eroding people’s purchasing power, higher costs could weaken demand at a time when companies need to make serious investments to cut their carbon dioxide emissions.
The IATA pledged last October to achieve net-zero carbon emissions by 2050.
The issue will be raised at a general assembly meeting of the International Civil Aviation Organization in the autumn, but a deal between countries is far from certain.
The IATA, which expects 10 billion air passengers annually by the middle of the century compared with 4.5 billion in 2019, refuses to consider any restrictions on growth in order to contain the effects of climate change.
Commercial air travel, often the target of environmental activists, is responsible for between 2.5 and 3 percent of global emissions.
Between “cleaner” planes and sustainable fuel, an investment worth $1.5 trillion over 30 years is needed to improve the sector’s environmental impact. The costs will be most likely handed down to the customer, again.