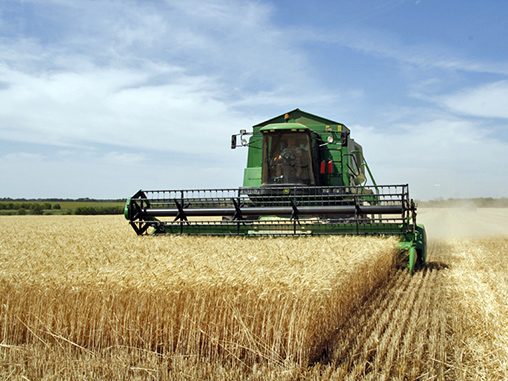 Moscow, Sept 27 (AFP/APP): Russian President Vladimir Putin said Tuesday his country expected a record-high grain harvest in 2022 as Moscow blames Western sanctions on Ukraine for preventing its exports, especially to poor countries.
“The preliminary estimate (for 2022) already stands at 150 million tonnes, including around 100 million tonnes of wheat. This will be a record in the history of Russia,” Putin said in a televised meeting on agriculture.
According to Putin, “138.7 million tonnes of grain have already been harvested”.

“The delivery of our grain and our fertiliser abroad, unfortunately, remains… difficult,” Putin said.
“Sanctions against Russia risk leading to a further deterioration of the situation, to a global food crisis,” he added.
Putin has repeatedly criticised an agreement reached in July in Istanbul, which lifted a blockade on grain exports from Ukraine.
One of the world’s largest grain exporters, Ukraine was forced to halt almost all deliveries after Russia launched its military operation.
Putin insists the grain is mainly going to European countries, rather than poorer nations.
“Grain from Ukraine continues to bypass the poorest countries,” Putin said.
“As of September 23, out of 203 ships that left the ports of Ukraine, only four went to the poorest countries under the United Nations programme.”
Ukraine and European countries have refuted these accusations.