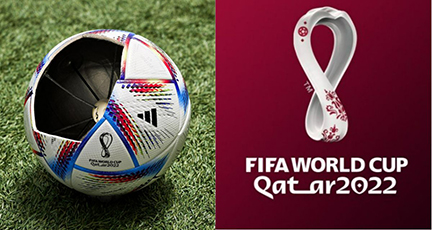 RIYADH: FIFA earned record revenues of $7.5 billion through commercial deals tied to the World Cup, the governing body of soccer has revealed.

The report further noted that Qatar World Cup has helped FIFA earn $1 billion more when compared to the previous four-year cycle associated with the Russian World Cup in 2018.

The overwhelming rise in revenue is attributed to commercial deals with state-backed companies, which includes QatarEnergy, which is a top-tier sponsor of the tournament.

The report further pointed out that deals related to broadcasting rights of this year’s tournament were made during former FIFA president Sepp Blatter’s presidency in 2011, and it includes agreements with Fox in the US and Qatari broadcaster BeIN Sports.

Gianni Infantino, president of FIFA who took charge in 2016, said to the 200 member federations the revenue figures came at the time of COVID-19 and several other crises happening all across the world.

The revelation on revenues associated with this year’s tournament has also surpassed the projection made by credit rating agency S&P Global, which predicted that Qatar World Cup is expected to generate $6.5 billion, surpassing all previous tournaments and racking up earnings four times the figure seen in South Korea and Japan in 2002.

The Bloomberg report added that FIFA’s revenues are expected to hit $10 billion in the next four years; thanks to the upcoming women’s World Cup in 2023, and the men’s tournament in 2026 – which will feature 48 teams instead of 32.

Meanwhile, a FIFA spokesman told AFP that 2.95 million tickets had been sold up to Sunday’s opening day, surpassing the 2.4 million tickets sold during the event in Russia four years ago.

The spokesman further noted that Qatar, Saudi Arabia, the US, Mexico, the UK, the UAE, Argentina, France, India and Brazil were the top markets for ticket sales in this year’s tournament.