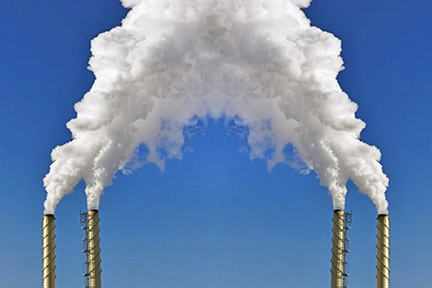 Geneva, Oct 26 (AFP/APP): Methane concentrations in the atmosphere made their biggest-ever registered increase in 2021, as all three main greenhouse gases extended their record high levels, the United Nations said Wednesday.
The UN’s World Meteorological Organization (WMO) said levels of climate-warming carbon dioxide, methane and nitrous oxide all reached new records last year.
Methane — which remains in the atmosphere for only about 10 years, but has a much more powerful warming impact than CO2 — had its biggest year-on-year jump in concentrations since systematic measurements began nearly 40 years ago.
The WMO said the “reason for this exceptional increase is not clear, but seems to be a result of both biological and human-induced processes”.
The figures, released in the UN weather agency’s Greenhouse Gas Bulletin, underlined “the enormous challenge — and the vital necessity — of urgent action to cut greenhouse gas emissions and prevent global temperatures rising even further in the future”, said WMO chief Petteri Taalas.