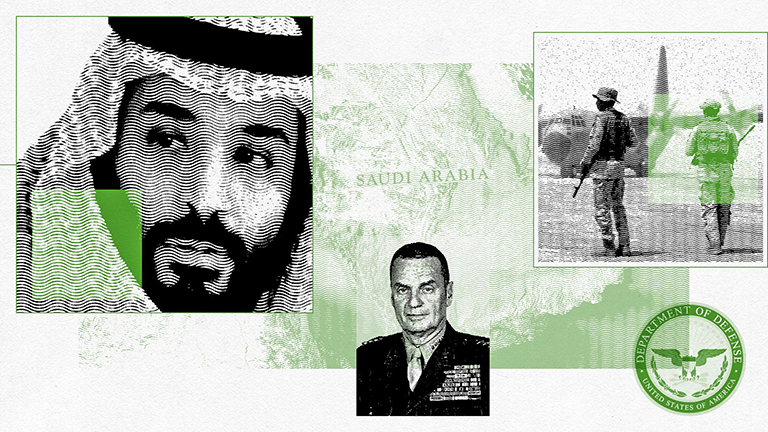 At least 15 retired US generals and admirals have taken exorbitant paychecks from the Saudi Defense Ministry since 2016, according to a Washington Post report published on Tuesday.

Over 500 former service members have advised foreign governments in arrangements that sometimes pay significantly more than a four-star general’s top annual salary of $203,698, the paper said.

Federal law requires retired military personnel to obtain government authorization to receive any sort of funding or gifts from foreign governments or state-owned firms. However, it’s largely a formality and approvals are “almost automatic,” with 95% of requests granted, according to the Post.

Former NSA director Keith Alexander was paid an amount that was redacted from the report to help build and run the first university training program for cyber-warfare in Saudi Arabia in 2018. Alexander worked with Saud al-Qahtani, an influential figure who oversaw the surveillance of critics of Crown Prince Mohammed bin Salman, including murdered former WaPo contributor Jamal Khashoggi.

Qahtani was sanctioned by the US Treasury in 2018 for allegedly participating in the operation that led to Khashoggi’s death, but despite this Alexander was allowed to work for him.

Former Obama national security adviser James Jones did security consulting for Riyadh starting in 2016. One of the four ex-brass he brought along, four-star Air Force general Charles Wald, insisted they were helping the Saudis become militarily self-sufficient so the US could get out of Riyadh and told the Post that they had made “measurable progress” with reforms while he was there.

Still, he said, he was glad to leave. While a spokesman for Jones claimed at the time that the general was “horrified” by Khashoggi’s murder and that his contract would soon expire, Jones’ security firm reportedly expanded its partnership with the Saudi Defense Ministry instead.

The Post found at least 20 retired officials who hadn’t even secured government approval to work for the Saudi military via Jones’ consulting firms. There is no criminal penalty for skirting this regulation, and some military contractors don’t actually need the authorization.

While these arrangements have existed for years, Saudi Arabia is currently under fire for its refusal to back down on an oil production cut despite pressure from Washington.

The Biden administration has threatened to “re-evaluate” its relationship with Riyadh, accusing the Saudis of helping Russia fund its military operation in Ukraine by not at least postponing the cut – which would delay the 10% spike in gas prices likely to result until after the US midterm elections.