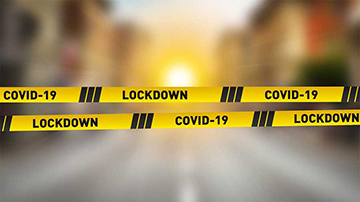 Amid claims circulating that Beijing would be locked down, which led to local residents flooding supermarkets to hoard food, Beijing officials on Thursday clarified that these are just rumors, but local residents are suggested to stay at home and take nucleic acid testing in the following three days as a bid to curb transmission in communities as early as possible.
Beijing reported 36 COVID-19 infections in the past 24 hours, among whom 32 were discovered in areas under management and four outside those areas, Pang Xinghuo, an official from the Beijing health authority, said at a press conference.
Cases found in communities are still the biggest risk to and the main target of the zero-COVID strategy in Beijing, Xu Hejian, the spokesperson of the Beijing government, said at the press conference.
In order to curb virus transmission in communities outside managed areas, Beijing will launch another three rounds of nucleic acid testing from Friday to Sunday in 12 districts, including Chaoyang, Haidian and Fangshan, Xu said.
Residents in the these districts are suggested to work from home on Friday and stay home over the weekend, avoiding movement, according to Xu.
Xu refuted rumors circulating on social media platforms, which claimed that officials would announce a citywide lockdown in Beijing. He noted that it is unnecessary to hoard food.
Beijing has adequate supplies of goods and commodities to ensure people’s daily lives during the epidemic, and take-away and delivery services would not be stopped, Xu said, calling for residents to stay calm and consume rationally.
Meanwhile, many Beijing residents had dashed to hoard food amid the rumors. When the press conference started at 5 pm, photos circulating online showed that some people stopped shopping and carefully watched the press conference on their hand phones at supermarkets, waiting to find out whether the capital would be locked down.
Beijing, as the capital of China, carries the hope for large Chinese cities to explore a more effective way to fight against Omicron rather than to lock down or launch static management whenever infections are found. The city is receiving some applause.
An expert from the disease prevention and control system spoke highly of Beijing’s decisive move to launch mass and frequent nucleic acid testing at an early stage. He told the Global Times on condition of anonymity that nucleic acid testing is the most effective way to find infections as soon as possible.
Beijing had applied precise management in different districts in according to local epidemic situations to reduce the impact of epidemic management measures on people’s lives to the lowest level, the expert noted.
The Beijing municipal government also communicated with and released information to the public very promptly, which has helped reduce public fear. These are all experiences that could be followed by other cities in the future, the expert said.
The overall number of COVID-19 cases in Beijing is at a low level, but we must know the low level came from the great efforts Beijing residents made to actively control the pandemic, a Beijing-based respiratory expert who requested anonymity told the Global Times on Thursday.
Without these efforts, a large number of infections would emerge rather than individual cases, said the expert, emphasizing the necessity of COVID-19 prevention measures for the public to realize.