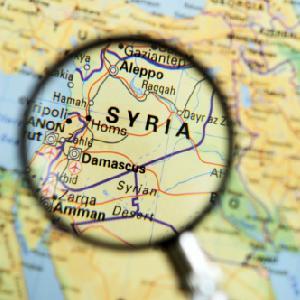 Russia has demanded that Iran remove its forces and militias from areas in western Syria in order to avoid further airstrikes from neighboring Israel, according to a report by Asharq al-Awsat newspaper.

Citing a source reportedly close to the Syrian regime of Bashar al-Assad, the outlet reported that in a meeting on Wednesday between three Russian officials and their Iranian counterparts at the Hama military airport, Moscow “demanded that the Iranians evacuate” their military positions near Hama and the coastal city of Tartous.

Over the past few years, Israel has carried out frequent airstrikes on Iranian militia sites and positions within the country, particularly those in the west and south-west. According to Tel Aviv, the strikes are an effort to contain Iranian influence and prevent a land corridor stretching from Iraq to Lebanon which could be used by Iran and its militias.

The Israeli actions have caused ever more problems for the Syrian regime and its own forces, which are at times impacted by the strikes. Civilian infrastructure has also been hit, including the international airports in the capital Damascus and the northern city of Aleppo.

Until now, however, there has been little to no reports of increased friction between Syrian forces and their Iranian allies and affiliated militias, which have assisted the Assad regime throughout the ongoing decade-long civil war.

Moscow’s demand to Tehran – if proven true – could further signal growing tensions between Russian and Iranian forces in Syria, which have often competed for dominance and influence in the country throughout the past decade.