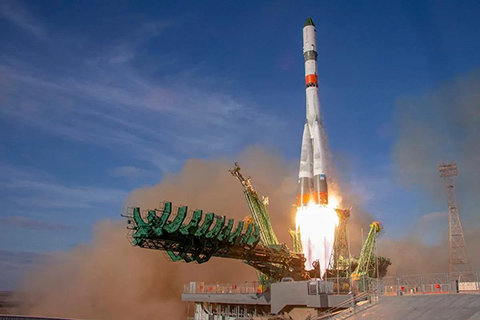 “As a result of international events, conferences and exhibitions organised with the participation of Roscosmos and enterprises of the rocket and space industry … Memorandums of cooperation in the field of launch services were signed with the Iranian companies SAHAB and SpaceOmid”, a Roscosmos statement said.

Last month, Roscosmos had said that a delegation from the Corporation was taking part in the 11th Iranian International Air Show, during which the delegation planned to hold a series of meetings with Iranian officials, as well as representatives of other “friendly countries”.

In August 2022, Roscosmos said that it launched Iran’s Khayyam satellite, named after the 11th Century Persian poet and philosopher, Omar Khayyam, into orbit from the Baikonur spaceport in southern Kazakhstan.

Roscosmos Director-General, Yury Borisov described the launch of the Iranian satellite as a milestone event in Russian-Iranian cooperation.