Russia to provide nuclear-capable missiles and fighter jets to Belarus 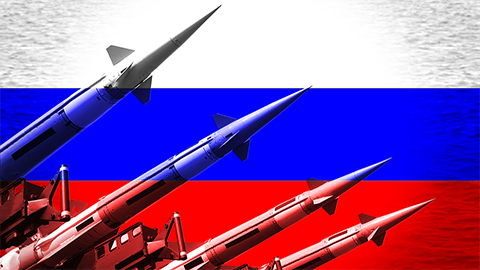 A “decision was made in our country: Within the next several months, we will transfer to Belarus the Iskander-M tactical missile systems, which are known to use both ballistic and cruise missiles, both conventional and nuclear,” Putin said on June 25 following a meeting with his Belarusian counterpart, Alexander Lukashenko.
During the same meeting, Lukashenko asked the Russian dictator to upgrade his country’s Sukhoi Su-25 fighter jets to allow them to carry nuclear weapons. The Belarusian leader claimed this would enable the country’s air force to mirror NATO drills.
“We are very concerned about training flights by the U.S. and NATO airplanes, which practice carrying nuclear warheads and nuclear weapons,” Lukashenko said. “Therefore, I ask you to consider an equivalent response to these actions, without overdoing it.”
Putin replied that Belarusian fighter jets could be fitted with additional gear at Russian aviation plants, and Russia’s military could provide training to their pilots.
The Belarusian military “has a fairly big number of Su-25 planes. They can be respectively re-equipped,” he said.
The financial details of the potential upgrade were not disclosed. Industry publications estimate Belarus operates 67 Su-25s, which makes the fighter jet the most prevalent combat aircraft in the country’s fleet.
The latest development comes as the two countries are tightening their military cooperation in the aftermath of the Russian invasion of Ukraine. Belarus supports Russia’s war, and its authoritarian leader has long requested Putin to provide his country’s armed forces with Iskander missile systems, claiming Belarus could be invaded by NATO’s member states.
Alliance members have no such intentions.
Last February, Minsk held a referendum which enabled the country’s authorities to modify the constitution’s article describing Belarus as a “nuclear-free zone” and a “neutral” state, potentially enabling Russia to deploy additional nuclear weapons along NATO’s eastern flank.
On Saturday, Russia launched dozens of missiles on several areas across the country far from the heart of the eastern battles. Some of the missiles were fired from Russian long-range Tu-22 bombers deployed from Belarus for the first time, Ukraine’s air command said.
Belarus hosts Russian military units and was used as a staging ground before Russia invaded Ukraine, but its own troops have not crossed the border.