Russia to retaliate if Israel sends weapons to Ukraine 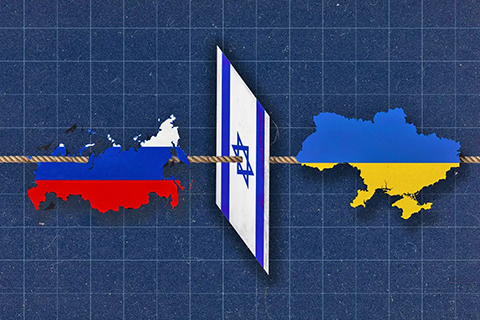 Meanwhile, the international Iranian channel run by the Iranian opposition disclosed that Russia would retaliate against any Israeli attempt to pass defence missiles to Ukraine.

Ukraine’s President Volodymyr Zelensky announced on Tuesday that Israel recently agreed to provide his country with radio systems it had requested in February.

Last week, Zelensky said that the two sides were engaged in intelligence cooperation relating to the Iranian-made Shahed-136 suicide drones used by Russia in the war.

“We are fighting against [a] new big union, Russia and Iran, and now I hope that Israel will help us, and will strong[ly] react to this,” he said, adding that, according to intelligence from Ukraine and other countries, Russia has acquired some 1,500 Iranian attack drones.

The Times of Israel reported that Ukraine’s Ambassador to Israel Yevgen Korniychuk shared on Sunday that there had been progress “on some technical issues related to defence,” particularly regarding Israel’s offer to provide missile alert technology.