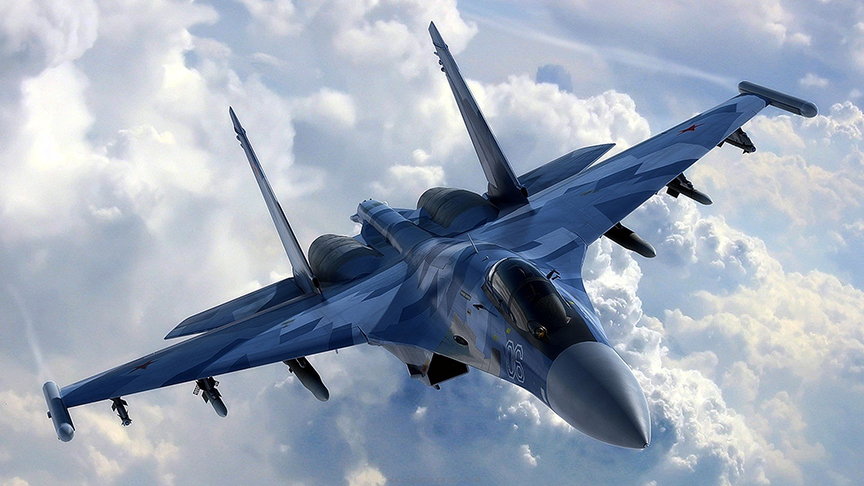 “This issue is on the agenda, and we hope to be able to get these 4++ generation fighters in the future,” said Vahedi.

The IRIAF commander also emphasized that the final decision to purchase Sukhoi Su-35s from Russia rests with the Army and the Armed Forces General Staff Headquarters.

There were speculations last year that Iran and Russia could sign a 20-year defense pact in January 2022, as part of which Iran could buy US$ 10 billion worth of weapons, including 24 Su-35SE fighter jets, two upgraded S-400 air defense missile systems, and a military satellite.

The Su-35SEs were initially produced for Egypt, but the US threatened Cairo with sanctions under its Countering America’s Adversaries Through Sanctions Act (CAATSA). Since the deal with Cairo tanked, nearly 15 ready-to-fly Su-35SEs could be delivered to Iran early next year.

Russia, Iran Defense Ties
There have long been speculations following the 2015 nuclear deal that Iran would acquire 30 Russian Su-30 jets and 300 T-90 main battle tanks from Russia once the UN arms embargo on Iran expired. According to the deal’s terms, it was scheduled to lapse in October 2020.

However, Iran only purchased 24 T-90s instead of 300, according to a report by Forbes. These tanks were acquired not by the regular Iranian Army but by the country’s Islamic Revolutionary Guard Corps (IRGC) paramilitary force, which transferred them to Syria.

Meanwhile, according to US Defense officials, the first shipment of Iranian UAVs arrived in Russia for the country’s war effort in Ukraine.

The Pentagon officials have said that Russia has received two types of drones from Iran, the Mohajer-6 and Shahed-series, which could be used to conduct strikes, electronic warfare, and targeting.

In early August, there were reports of Russian officials training on these drones in Iran as part of the UAV transfer agreement between the two countries.

Iran: An Emerging Drone Power?
As discussed earlier by EurAsian Times, Iran has been a leader in the UAV industry for many years. The country is assuming a more prominent role as an emerging drone superpower in the Middle East, using its drone technology in Gaza, Yemen, Lebanon, Syria, and Iraq.

Iranian armed forces are known to operate more armed drones than many other nations that have twice the defense budget of Iran, which usually ranges between $15 to $20 billion annually, and that too amid the crippling sanctions imposed on the country by the US.

The country has several UAVs in its inventory, and the Mohajer-6, which has reportedly been delivered to Russia, is one of Iran’s top-of-the-line combat drones.

The latest in the Mohajer series of drones, Mohajer-6, can fly up to 18,000 feet in the air, which exceeds the range of many short-range air defense systems in terms of altitude. The drone has a maximum range of around 200 kilometers with 12-hour endurance.

According to the US Army’s Training and Doctrine Command (TRADOC) website, the Mohajer-6 is an Intelligence, Surveillance, Target Acquisition, and Reconnaissance (ISTAR) UAV capable of carrying a multispectral surveillance payload and up to two precision-guided munitions.

The drone’s armament consists of two hardpoints, one under each wing, designed to carry one Qaem TV/IR glide bomb or one Almas missile. Per some unconfirmed reports, there are also variants of the Mohajer-6 having four hardpoints, two under each wing, capable of carrying the same munitions.

The exact configuration of the Mohajer-6 drone and what weapons have been sent to Russia remain unknown, as there has been no official confirmation from Iran or Russia on the drone’s delivery.

As for the Shahed series, it is known to have many UAVs with unique designs having no relationship to each other. Reports suggest that the units sent to Russia could include the Shahed-129 and Shahed-191 drones, based on recent satellite imagery allegedly showing Russian officials viewing these two drones at Iran’s Kashan Airbase ahead of the reported purchase.

The Shahed 129 is a medium-altitude long-endurance (MALE) drone comparable to the Israeli Hermes 450 UCAV.

According to the US Defense Intelligence Agency’s (DIA) 2019 report, Shahed 129 is a multi-role drone that can be used for reconnaissance missions and precision air-to-ground strikes with small guided munitions.

The US Army’s TRADOC website reports that Shahed-129 has a chin-mounted Oghab-6 EO/IR sensor turret, and the drone can reportedly carry four Sadid-345 precision-guided munitions. As per Iranian claims, the drone has a flight endurance of 24 hours.

While the Shahed-191 has commonalities with Shahed-129 regarding the type of sensors and munitions, it is reportedly designed to be a low-observable system. The drone is said to have an internal weapons bay to reduce its radar signature and uses skids instead of the landing gear.

According to some reports, the drone can also carry a Synthetic Aperture Radar turret. The UAV can reportedly stay in the air for 4.5 hours and is said to have a combat radius of 450 kilometers. Its weapons are installed in two internal bays that can purportedly carry a Shadid-342 guided glide bomb with a fragmentation warhead.

In 2016, PressTV, an Iranian state-affiliated media outlet, shared a video on social media of what is purportedly the Shahed-191, claiming that it is a version of the US-made RQ-170 Sentinel UAV which it had captured in 2011 after the drone crashed during a surveillance mission over a facility related to Iran’s nuclear program.

While there has been no official confirmation, evidence of the drones being delivered to Russia could appear soon if Moscow deploys them in Ukraine.