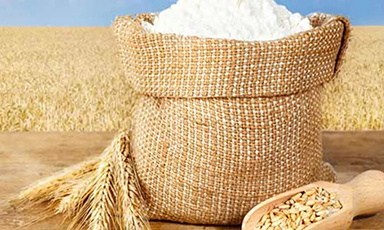 Saudi Arabia has assured its citizens that there is no shortage of wheat supplies in the country, amid global shortages exacerbated by the Russian invasion of Ukraine and the ongoing war.
Speaking in a programme called ‘In the open’ on a Saudi television channel, the Deputy Governor of the Saudi Grains Organisation (SAGO), Zaid Al Shabanat, made the assurance by clarifying that his organisation’s strategy is to source grain from multiple countries and continents instead of relying on a single source.
Al Shabanat reiterated that the Kingdom possesses sufficient quantities of grain stocks, and that any amount it imports from Russia and Ukraine can be compensated by other sources of import, whether from Europe or North or South America.
He also stated that a contract was signed last month to make large quantities of grain available to the Kingdom and its markets for the last quarter of 2022. “The Kingdom has also succeeded in overcoming the impact of the coronavirus pandemic, which was greater than the impact of the Russian-Ukrainian crisis,” he stressed.
The SAGO Deputy Governor’s comments come days after India announced a ban of the export of all of its wheat – of all types and varieties – in a move to maintain its overall supply and ensure food security within the country. New Delhi did, however, assure that all irrevocable ongoing contracts for wheat exports will be honoured, allowing Egypt and some other countries to be exempt from the ban.
Neighbouring Oman made its own assurances to its people, with the CEO of Oman Flour Mills Company (OFMC), Haitham Mohamed Al Fanna, reportedly stating in an interview that “Two shipments of wheat arrived from India and the third shipment will arrive shortly.”
Al Fanna added that, like its neighbour, it has been diversifying its sources of import and refusing to rely on one. “Apart from that, we also have regular shipments coming from Australia and these stocks are sufficient until the end of this year,” he said.