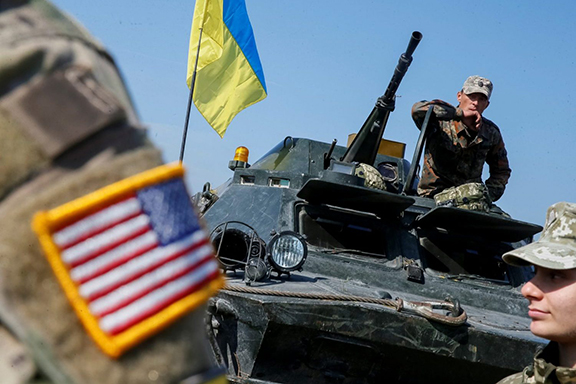 Sensing Russia’s momentum has completely stalled, the United States is rushing into Ukraine another $775 million in advanced missiles, armored vehicles, and artillery to help Kyiv’s counteroffensive to retake territory, according to a senior defense official.

There’s “a complete and total lack of progress” by the Russians now, said the official, who briefed Pentagon reporters on Friday.

“We have seen Ukraine employing HIMARS masterfully on the battlefield,” the official said. “This long-range fire capability has really changed the dynamic on the battlefield. We want to make sure that Ukraine has a steady stream of ammunition to meet its needs.”

The official, who spoke on the condition of anonymity because the deal has not been formally announced, said the ScanEagle drones would help the Ukrainian military target Russian forces.

In addition, the United States has worked to procure “thousands” of spare parts to keep Ukraine’s MiG fleet flying. The official would not disclose the number of HARM weapons being sent.

The official also said National Advanced Surface-to-Air Missile Systems, or NASAMS missile interceptors, being sent to Ukraine would come directly from manufacturer Raytheon Technologies in the coming months, rather than from U.S. stockpiles.

“This isn’t the end,” the officials said. “We will continue to consult with the Ukrainians to make sure that we are providing them what they need when they need it.”