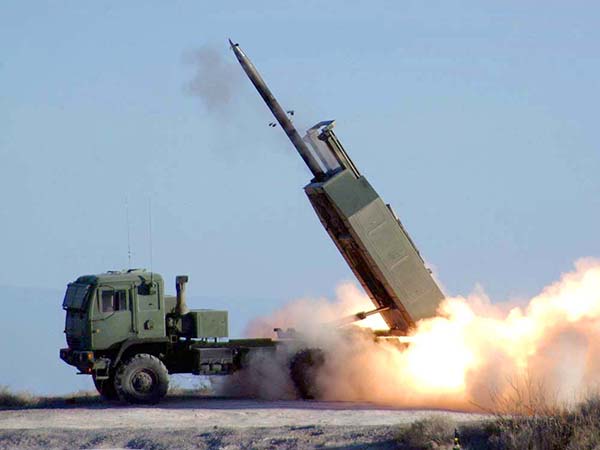 RAMSTEIN AIR BASE, Germany—The Ukrainian military has performed well with the weapons that the United States and other nations have provided for them, the top U.S. military officer said Thursday.

Using the High Mobility Artillery Rocket Systems, or HIMARS, that the United States and other countries have provided, Ukrainian forces have done “significant damage” to “Russian supply lines and ammunition supply points and command and control nodes as they as they continue to shape the battlefield to be able to maneuver to retake some of their sovereign territory,” Gen. Mark Milley, the chairman of the Joint Chiefs of Staff, said Thursday during a meeting here of the Defense Contact Group of nations supporting Ukraine.

Such successes make it easier for the U.S. and other countries that support Ukraine to make the case for continuing that support, even as observers predict the fight against Russian invaders to stretch at least into the next year.

“We are seeing real and measurable gains from Ukraine in the use of these systems,” he said, offering that Ukrainian forces have used HIMARS to hit more than 400 targets.

In the past few days, Ukraine has expanded its counteroffensive to retake territory around both Kharkiv and Kherson. Does Milley think this effort is spreading the Ukrainian forces too thin? “No, I don’t,” he said, describing the moves as “a very deliberate offensive operation that is calibrated to set conditions and then seize their objectives.”