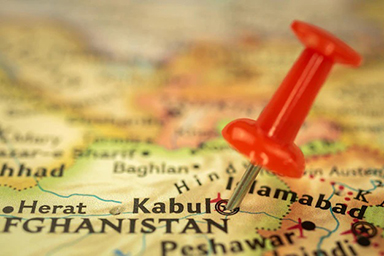 KABUL: Several explosions and gunfire ripped through a Sikh temple in Afghanistan’s capital on Saturday morning, a Taliban official said.
Abdul Nafi Takor, a Taliban-appointed spokesperson for the Interior Ministry, confirmed the attack but did not provide further details or say whether there were casualties.
Videos posted on social media show plumes of black smoke rising from the temple, known as a gurdwara, in Kabul’s Bagh-e Bala neighborhood while gunfire can also be heard.
There was no immediate claim of responsibility for the attack. A regional affiliate of the Daesh group in Khorasan Province has lately increased attacks on mosques and minorities across the country.
The Daesh affiliate, which has been operating in Afghanistan since 2014, is seen as the greatest security challenge facing the country’s Taliban rulers. Since seizing power in Kabul and elsewhere in the country last August, the Taliban have launched a sweeping crackdown against the IS in eastern Afghanistan.
In March 2020, a lone Daesh gunman rampaged through a Sikh temple in Kabul, killing 25 worshippers and wounding eight others. The gunman held many worshippers hostage for several hours, and among the dead was a child.
As many as 80 worshippers were trapped inside the gurdwara as the gunman lobbed grenades and fired an automatic rifle into the crowd.