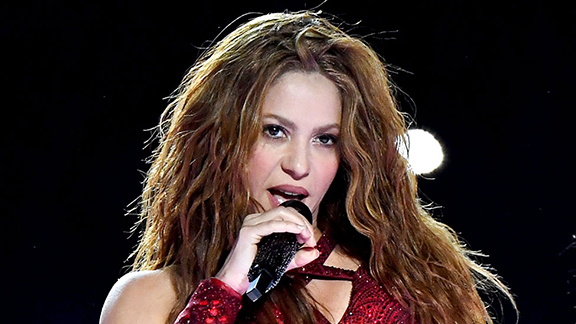 Barcelona, July 29 (AFP/APP): Prosecutors in Barcelona said on Friday that they would seek a prison sentence of more than eight years against global music superstar Shakira, after she rejected a plea deal on accusations of tax evasion.
Prosecutors are demanding a fine of nearly 24 million euros on the 45-year-old “Hips don’t Lie” songstress, who is accused of defrauding the Spanish tax office out of 14.5 million euros ($14.7 million) on income earned between 2012 and 2014.
The court will now need to decide on holding a trial and set a date.

Prosecutors say Shakira moved to Spain in 2011 when her relationship with FC Barcelona defender Gerard Pique became public but maintained official tax residency in the Bahamas until 2015.
Shakira has slammed the “complete violation of her rights” and “abusive methods” by the prosecutors and say they were “insisting on claiming money earned during my international tours and the show ‘The Voice'” on which she was a judge in the United States, when she was “not yet resident in Spain”.
Shakira was on the singing competition show between 2013 and 2014.

Shakira’s defence team argues she moved to Spain full time only in 2015 and has met all tax obligations.
She says she has paid 17.2 million euros to the Spanish tax authorities and she has “no debt to the treasury for many years”.