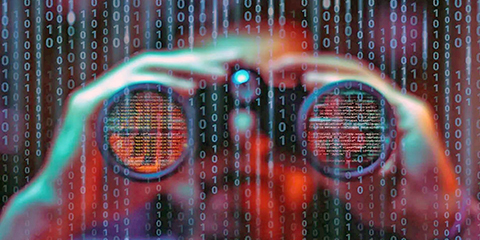 Israeli security agencies are still in shock after it was reported last month that three Palestinian “Arab Israeli” citizens managed to leak sensitive information about Israel’s mobile phone company Cellcom to Hamas after testing during a round of fighting whether they could disrupt the company’s infrastructure. Israel’s security agencies claimed that they were very close to a catastrophe described as a huge strategic attack with potentially dire consequences.

At the same time, Israel is remembering when, in 2018, Hamas exposed a spy cell in the heart of the Gaza Strip, killed the officer responsible for it, and exposed reams of documentation. This caused serious damage to this particular network that also operated in neighbouring Arab countries.

The occupation state is relying more and more on technology for security and intelligence gathering, and neglecting the human element of spies, collaborators, and sources. Criticism of this dependence on technology is increasing, as call for the use of a combination of technology and people.

Such criticism increases when targets for Palestinian resistance attacks are detected through technological means without any warning by human operatives that such targets exist in sensitive locations. Without technological tools, this could pose a serious threat to the occupation.

This debate goes back to the discovery by the occupation army, of Hezbollah tunnels in southern Lebanon, and Hamas tunnels on the nominal eastern border of the Gaza Strip. Many were found to cross under the borders and were clearly intended to give resistance fighters access to the north and south of occupied Palestine.

A number of these tunnels were only discovered because of technology, rather than human intervention. This indicates a fundamental weakness on the part of the Israeli intelligence services. Imagine the damage to the occupation state if illegal settlements in the north and south were attacked by Palestinian and Lebanese resistance groups on both fronts at once.

The leadership of the occupation army must have been aware that tunnels could be dug on both borders, but had no specific intelligence about them. How, we must ask, can an army equipped with the very latest technology have failed to discover the tunnels earlier? The answer lies in what can be called the temptation to trust information obtained solely from technology. The Israelis appear to have overlooked the very obvious fact that the resistance groups know that such technology exists and so can maintain “radio silence” to prevent eavesdropping, or can leak misleading information.

The criticism of complete reliance on technology and neglect of human assets calls for a return to the old days of espionage in wartime, reminding everyone of the importance of spies and their work. Chinese general and philosopher Sun Tzu (544-496 BC), wrote about this in his book The Art of War. He devoted a chapter to the importance of using spies to obtain information about, and deceiving, the enemy.

Moreover, Hezbollah and Hamas may not mention tunnel digging operations in their internal communications. They managed to camouflage their operations, and thus succeeded in outwitting Israeli technology. Where were Israel’s intelligence officers, asleep? Has an abundance of intelligence technology overshadowed the basic importance of human resources?

Israel does not deny the cost of its spying activities in surrounding countries. Even in the age of technology, Israel still needs espionage based upon human assets, who are difficult to replace. The spies themselves pay a high price for their risky work. Nevertheless, Israeli intelligence services will still recruit more collaborators, but will make sure that they are less exposed, reducing the chances of their discovery, as happened in Lebanon, Turkey and, before them in 2018, in Gaza.

Israel understands the human cost of spying, so it must have plans in place to rescue its human assets if and when they are exposed, as Eli Cohen in Syria and Jonathan Pollard in the US were. Some Israeli spies have been caught and executed; others were imprisoned for many years.

While spies and their collaborators are important to their handlers in Israeli intelligence, their use can have catastrophic consequences. Senior Israeli security officers have admitted the seriousness of this issue, and recognised that without collaborators, Israeli intelligence cannot accomplish anything against armed resistance groups. They are an essential part of the process.

The existence of collaborators within Palestinian society is damaging to morale. They carry out important tasks on behalf of their paymasters in Tel Aviv, allowing Israel to carry out military offensives with the minimum number of casualties, for example. The intelligence that they collect on the ground and share with the intelligence agents in Israel can be analysed with the least margin of error.