Strong US dollar is a headache – IMF 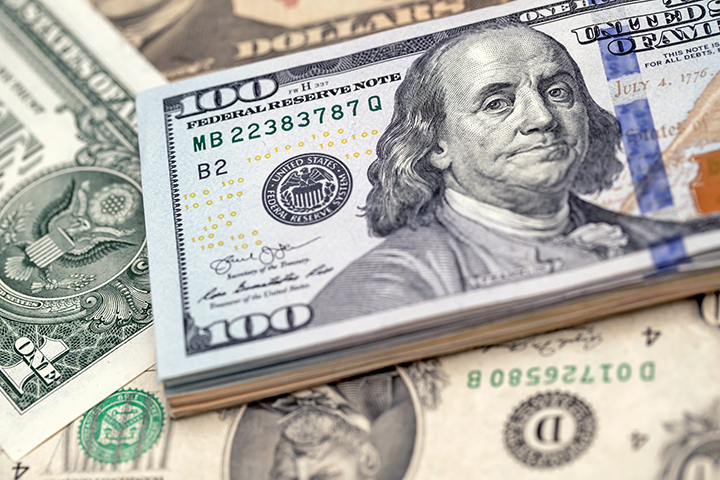 As countries around the world struggle to bring down soaring inflation, the weakening of their currencies relative to the US dollar has made that fight even harder, the International Monetary Fund (IMF) has said.

In a report published on Friday, the IMF elaborated on how countries should respond to a strong dollar. It highlighted that the greenback is at its highest level since 2000, having appreciated 22% against the Japanese yen, 13% against the euro, and 6% against emerging market currencies since the start of this year.

“Such a sharp strengthening of the dollar in a matter of months has sizable macroeconomic implications for almost all countries, given the dominance of the dollar in international trade and finance,” the lender wrote.

It further indicated that while the US share in world merchandise exports has declined from 12% to 8% since 2000, the dollar’s share in world exports has held at around 40%. “On average, the estimated pass-through of a 10 percent dollar appreciation into inflation is 1 percent. Such pressures are especially acute in emerging markets, reflecting their higher import dependency and greater share of dollar-invoiced imports compared with advanced economies.”

According to the report, approximately half of all cross-border loans and international debt securities are denominated in US dollars. While emerging market governments have made progress in issuing debt in their own currency, their private corporate sectors have high levels of dollar-denominated debt.

“As world interest rates rise, financial conditions have tightened considerably for many countries. A stronger dollar only compounds these pressures, especially for some emerging markets and many low-income countries that are already at a high risk of debt distress,” the IMF said.

The report suggested that the appropriate policy response is to allow the exchange rate to adjust while using monetary policy to keep inflation close to its target. “The higher price of imported goods will help bring about the necessary adjustment to the fundamental shocks as it reduces imports, which in turn helps with reducing the buildup of external debt. Fiscal policy should be used to support the most vulnerable without jeopardizing inflation goals,” it said.