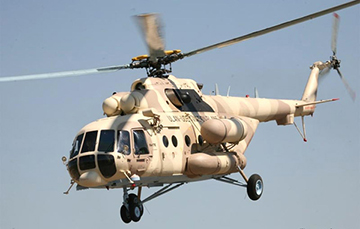 Mohammad Yaqoob Mujahid, Defense Minister of the Taliban regime, which overthrew the Afghan government in August 2021, said the helicopters are “the property of the Afghans”, along with the other aircraft that were evacuated to Tajikistan and Uzbekistan.

“We have spoken with Americans about it and informed them that they [the helicopters – AeroTime] belong to the nation, and it is Afghanistan’s right, not someone else’s personal property. As a result, it ought to be returned to Afghanistan,” Mujahid told a press conference, according to TOLO News.

Up to 16 Mil Mi-17 transport helicopters were procured by the US and intended for the Afghan army. However, the government was toppled by the Taliban before the deliveries could be made.