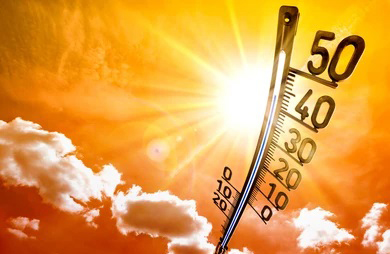 For a second time this year, the Electric Reliability Council of Texas (ERCOT) asked Texans to conserve energy on Monday amid a heat wave, in which demand could outstrip supply with no market solution available to ease the reserve capacity shortage.
ERCOT appealed to residents and businesses in Texas to voluntarily reduce their energy consumption and conserve energy between 2 p.m. and 8 p.m. on Monday as temperatures are breaking records. The grid operator also warned there was a possibility of rolling blackouts.
On Sunday, temperatures broke records in several places in Texas, according to the National Weather Service Houston/Galveston. Preliminary readings from the National Weather Service sites indicated that four out the five “official” sites hit new records.
This is the second time this year that ERCOT—the grid operator managing the flow of electric power to more than 26 million Texas customers, representing 90 percent of the state’s electric load—has asked for energy conservation in a heat wave. In early May, ERCOT asked consumers to conserve energy in an early heat wave after six power plants went down unexpectedly.
With two more months until the end of the summer, this may not be the last warning of rolling blackouts in Texas or other states across the United States, as grid operators have already warned that the electric grid reliability in some parts could be at risk amid high summer demand and possible supply reductions.
As early as in the middle of May, the North American Electric Reliability Corporation (NERC) warned that “extreme weather heightens reliability risks this summer.”
Several parts of North America are either at elevated or high risk of energy shortfalls this summer due to expected above-normal temperatures and drought conditions over the western half of the United States and Canada, NERC said in its 2022 Summer Reliability Assessment.
Extreme weather, strained grids, and insufficient readily available transformers and other equipment spell trouble for utilities and system operators from California to Ohio this summer when people are cranking up air conditioning in the heat. Power generation availability is also strained amid droughts in the Western states hampering hydropower electric generation, while unexpected tripping of solar PV resources could also pose issues to reliability.