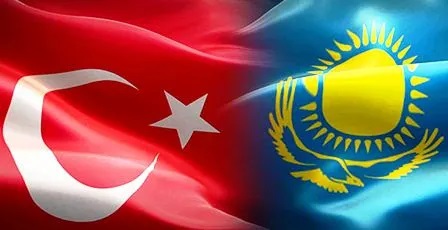 ANKARA , Nov 9 (AA/APP): Türkiye’s foreign minister on Wednesday inaugurated the new Turkish honorary consulate in Shymkent, southern Kazakhstan.
“We are preparing the Turkic world for the future with all of our efforts. We can cross any hurdles if we stand united. Because in unity there is strength,” Mevlut Cavusoglu said at the consulate’s opening.
Hailing the “brotherly” relations between Türkiye and Kazakhstan, Cavusoglu said the two countries have elevated relations to the level of “improved strategic partnership.”
He said the two countries are striving to boost economic ties, adding: “Our target now is to reach $10 billion. We have reached $5 billion. Our investments also exceeded $4.5 billion.”
Noting the great role and contribution of Turkish companies in the development of the country’s Turkestan region, Cavusoglu said that they will open a consulate in Turkestan as well.
Türkiye’s Honorary Consulate in Shymkent, Kazakhstan’s third-largest city by population, will strengthen ties between the peoples of the two countries, he said.