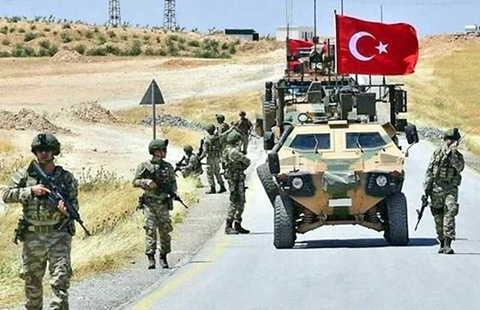 ISTANBUL, Dec 26 (AA/APP): Turkish security forces launched yet another counter-terrorism operation in the country’s southeast, the Interior Ministry said on Monday.
The operation, called the Eren Abluka Autumn Winter-19 (Sirnak-Bestler Dereler) Martyr Gendarmerie Master Sergeant Serkan Unsal-1,” started in the Sirnak province with 470 security personnel.
On the first day of the operation, two caves and 10 shelters were found during the land search carried out in the rural area of the Bestler-Dereler district.
During the searches, a remote-controlled improvised explosive device, two tubes, two kilograms (4.4 pounds) of food, and a large amount of life-sustaining and clothing materials were seized. They, with the shelters, were destroyed.
Türkiye initiated Eren operations last year, naming them after Eren Bulbul, a 15-year-old boy killed by the PKK terror group on Aug. 11, 2017.
In its more than 35-year terror campaign against Türkiye, the PKK – listed as a terrorist organization by Türkiye, the US, and the EU – has been responsible for the deaths of over 40,000 people, including women, children, and infants.