U.N. temporarily stops some operations in Afghanistan after the ban on women aid workers 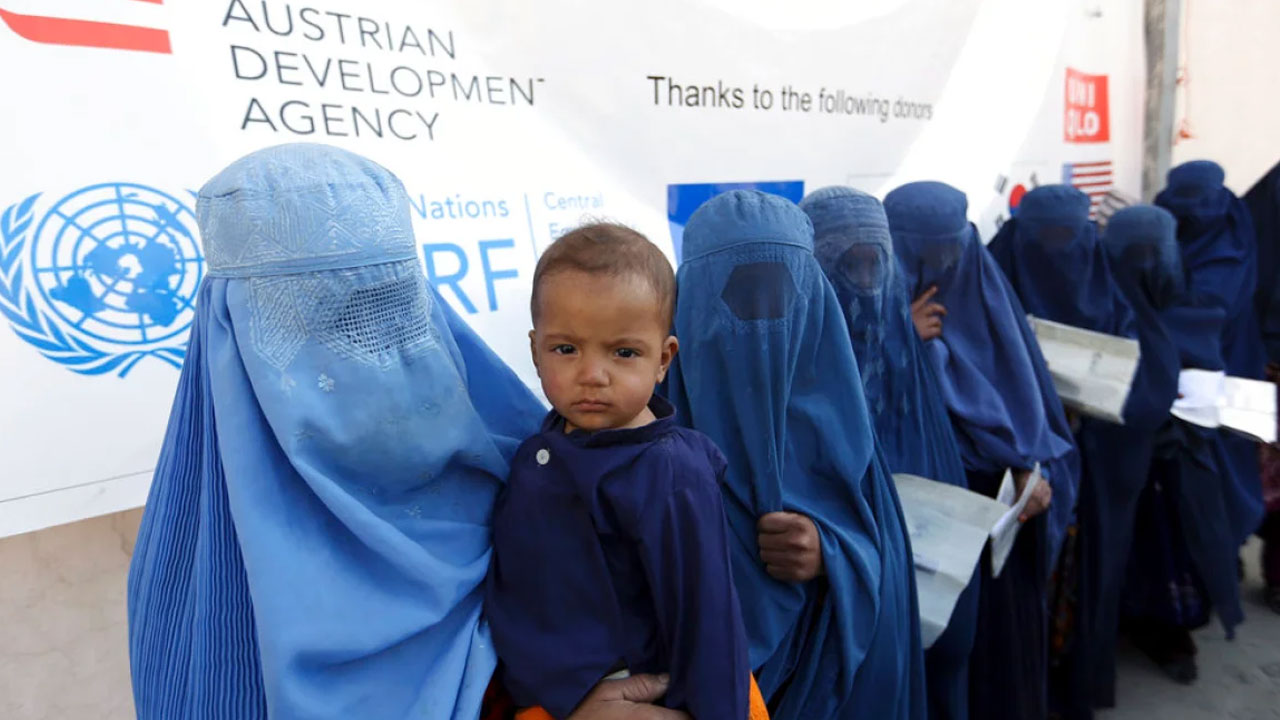 UNITED NATIONS, Dec 29 (APP): The United Nations has announced that some “time-critical” programmes in Afghanistan have temporarily stopped and warned many other activities will also likely be paused following the Taliban’s ban on female aid workers.

“Banning women from humanitarian work has immediate life-threatening consequences for all Afghans,” top UN agency officials and civil society organization heads said in a joint statement that called on the Taliban to reverse their ban on women working for NGOs that provide aid relief.

Some aid programmes have already had to stop temporarily, owing to a lack of female staff, at a time when more than 28 million people in Afghanistan need “assistance to survive” the brutal winter, economic collapse and the risk of famine, the agency heads pointed out.

In the statement that followed Saturday’s reported decree by the Taliban that Afghan women must stop working for NGOs, the top UN officials insisted female staff were “key to every aspect of the humanitarian response in Afghanistan”.

In particular, this was because “they have access to populations that their male colleagues cannot reach”, they said, while also insisting that Afghan women humanitarians “save lives”.

Echoing the message of the UN Secretary-General that the NGO ban will undermine the work of all organizations in Afghanistan in helping its most vulnerable communities, the head of the UN Development Programme (UNDP), Achim Steiner, said that the latest restriction would “accelerate Afghanistan’s backslide” into poverty.

The damage could take decades to reverse, the UNDP Administrator said, as he added that women’s work in Afghanistan amounted to over $1 billion in household income.

“Removing women from the public sphere of education and livelihoods could result in an immediate and significant loss to millions of Afghans in poor households that are already facing severe hardships,” he maintained.

“This ban must be lifted”, Grandi insisted, noting that more than 500 women staff work with his agency’s 19 NGO partners in Afghanistan, where they serve nearly one million women and girls.

“The most recent restrictions will force the UNHCR to temporarily stop critical activities in support of Afghan people, especially women and children,” he added.

The latest directive also risks pushing more families to flee across the borders as refugees, he continued, as he explained that women NGO workers across Afghanistan’s 34 provinces have been “at the forefront of efforts to find solutions for Afghans affected by four decades of conflict and persecution, including millions of refugees and internally displaced people”.

Female staff had helped UNHCR reach over six million Afghans since August 2021, said Grandi. “With so many other restrictions on women, this new decree will have a devastating impact on Afghanistan’s population.”

According to UNHCR, some 3.4 million people are displaced inside Afghanistan, along with another 2.9 million refugees living outside the country.

In a strongly worded statement, the UN Committee on the Elimination of Discrimination against Women (CEDAW) also warned that the Taliban’s latest decree jeopardised many basic rights in Afghanistan.

Since March, Afghanistan’s de facto authorities have barred an estimated one million girls from attending high school over the past year, and on 20 December, female students learned that they could no longer go to university.

This latest order forbidding women from working in NGOs “will not only deprive them and their families of income but will also completely erase their only social life and deny them an opportunity to contribute to the country’s development,” the CEDAW experts said.

“Their exclusion also means millions of women and girls could be left out of the humanitarian response, which is critically important to the country where about six million people are at risk of famine.”

Warning that the move would “jeopardize the entire country for generations”, the experts also called for the immediate release of women reportedly arrested during protests that were triggered by the university ban.

“With the latest ban on universities, the country is now excluding half of its population from normal schooling, creating one of the world’s biggest gender gaps,” they said.