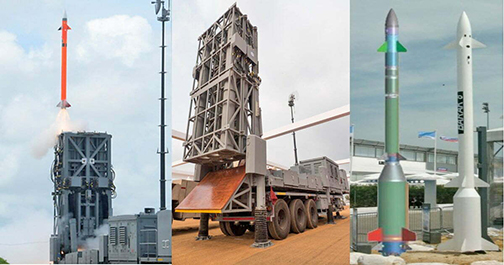 Abu Dhabi: Satellite images have emerged showing that the United Arab Emirates (UAE) has deployed Barak aerial defence systems in a sign of deepening relations between the two countries.

The images show the missile defence battery has been stationed near Al-Dhafra air base, south of the capital Abu Dhabi.

Earlier this year, Israel agreed to sell its advanced air defence system to the UAE following months of negotiations.

The deal is largely thought to have come about after several attacks against the UAE by Yemen’s Houthi rebels in January this year, using drones and ballistic missiles launched from Yemen.

One of the attacks left three people dead, while several attempted attacks were intercepted.

The attacks were in retaliation against several strikes by a Saudi-led coalition, which includes the UAE, that is fighting the Houthis in Yemen.

Following the Houthi attacks, which called into question the UAE’s image as a safe haven in the region, authorities in Abu Dhabi quietly approached Israel for help.

The sale of the aerial defence system is likely to raise concern in Iran, which backs the Houthis and is likely to regard the UAE purchase with suspicion.

Since the signing of the Abraham Accords in 2020, in which the two countries normalised relations, Israel has been able to open full diplomatic and commercial ties with the UAE.

“Israel is trying to deepen its relationship with the UAE through this kind of military assistance,” Hamed Mousavi, an assistant professor of political science at the University of Tehran, told Middle East Eye.

“Nevertheless, this deepening of military ties with Israel is going to be very concerning in Tehran.

“The UAE and Iran enjoy a good economic relationship, and the political relationship has slightly improved in the past year, and this kind of development would hurt that process,” said Mousavi.

Earlier this year, MEE reported that Israeli sources were apprehensive about giving the UAE its aerial defence systems as it seeks to maintain a military technological edge in the region.

Those concerns, however, seem to have been overcome, with satellite images showing two fully operational missile launchers and an ELTA radar system now deployed in the UAE, although it is unclear which version of the Barack has been deployed.

Last week, the Breaking Defense website, quoting Israeli sources, suggested that bigger defence deals of this kind are expected between the Israel and the UAE, with Saudi Arabia, which does not recognise Israel, also reported to have expressed an interest.

In February, Israeli diplomatic and security officials told MEE that they, together with their counterparts from the UAE, Bahrain, and Saudi Arabia, are engaged in talks to install a joint air defence programme to protect them from the threat of drones.

The US has voiced its supports and encouragement for the initiative, which it sees as a coordinated effort to tackle Iran and its proxies in the Middle East, in particular the Houthis.

However, it is unclear where the initiative stands as of now, following a major spat between Washington and Riyadh over Saudi plans to increase oil prices earlier this month.

Hamidreza Azizi, an expert on geopolitics and security in the Middle East at the German Institute for International and Security Affairs, told MEE that, notwithstanding the row between Riyadh and Washington: “I think this kind of cooperation [between the UAE and Israel] was quite expected.”

Against the backdrop of the proposals for a unified regional air defence system, these “recent developments, when viewed in that context, make more sense.

“That also means that, for the Iranians, it was quite expected.

“The Iranian government has been monitoring growing cooperation between Israel and the GCC [Gulf Cooperation Council] countries in general, especially the UAE and Bahrain as the two signatories to the Abraham Accords,” added Azizi.

Azizi believes that a breakdown in relations between the six GCC countries and Iran, along with the actions of the Houthis, has created an opportunity for Israel to deepen its ties in the region.

“It’s quite telling that the Iranian strategy of using military threats to contain the UAE, and probably change the course of the war in Yemen, has not been so successful,” he said.

“If Iran does not go ahead with some major revisions in its GCC strategy, and towards meaningful dialogue, then this kind of action and reaction will continue.”

However, despite the growing links between Israel and the UAE, Azizi cautioned that the latest deployment of the aerial defence systems is unlikely to be a “game changer” for the Iranians.

Notwithstanding the speed at which both sides have improved their ties, “there’s still a trust deficit” between Israel and the Arab countries, said Azizi, something, he added, that will need more than two years to be overcome.

“I don’t expect Israel in the foreseeable future to provide the UAE or any other Arab country with advanced offensive capabilities for the simple reason that Israel doesn’t want to lose the military edge in the region that it has been enjoying for decades,” said Azizi.