UAE to send fuel to France to replace Russian gas 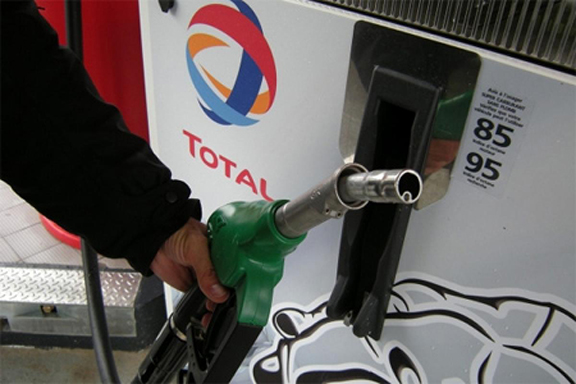 JEDDAH: The UAE offered on Monday to deliver diesel oil to France amid fears that Russia will block gas supplies to Europe in retaliation for Western sanctions over the invasion of Ukraine.
The new move followed talks in Paris between the UAE President, Sheikh Mohammed bin Zayed Al-Nahyan, and French President Emmanuel Macron.
“Collaboration across energy of all kinds is critical, and the UAE is committed to supporting energy security to all people, especially France,” Sheikh Mohammed said.
Sheikh Mohamed arrived in Paris on Monday for his first official visit outside the Gulf region since taking office in May.
He was received at the Élysée Palace in an official ceremony to meet Macron and discuss joint action in the fields of “future energy, climate change and advanced technology” and efforts to bolster regional security and stability, the state news agency WAM earlier said.
Officials from the two countries also signed a broader strategic agreement to cooperate in the energy sector. The partnership aimed to identify joint investment projects in France, the UAE or elsewhere in the sectors of hydrogen, renewable and nuclear energy, the French government said.
“In the currently uncertain energy context, this agreement will pave the way for a stable long-term framework for cooperation, opening the way for new industrial contracts,” it said.
UAE presidential diplomatic adviser Anwar Gargash said the country was “determined to remain a reliable partner and source of energy.” He said: “We have sold our oil to the Far East for 40 years, and now we are directing it toward Europe in this time of crisis.”
EU countries are braced for a Russian gas shutdown amid soaring energy prices, rampant inflation and a cost-of-living crisis in the 27-member bloc.
Russia has already cut off or reduced gas supplies to a dozen European countries. The giant Nord Stream 1 pipeline between Russia and Germany closed last week for maintenance and there are fears that flows will not restart.
Leaders have been scrambling to fill underground storage tanks to avert a winter energy crisis. Italian Prime Minister Mario Draghi is visiting Algeria, with deals to boost gas supplies from there to Italy expected to be signed on Tuesday.
Macron called last week for a faster shift toward offshore windfarms and more European cross-border energy cooperation “as we prepare ourselves for the scenario where we have to go without all Russian gas.”
Relations between the two countries date back to the establishment of the UAE Federation, as some French petroleum company, such as Total, were engaged in oil exploration in the UAE, and these relations were strengthened after the first visit of the late Sheikh Zayed bin Sultan Al-Nahyan to France in 1976.
France is one of the main foreign investors in the UAE. French direct investments in the UAE amounted to 2.5 billion euros by the end of 2020, while the UAE ranks 35th in the list of foreign investors in France.
Sheikh Mohamed’s decision to make his first official visit to France “is a conscious one that acknowledges the historic ties between the two nations but also the potential for even greater cooperation and growth with France,” Gargash said on Friday.