UK lifts all restrictions on arms exports to Turkiye 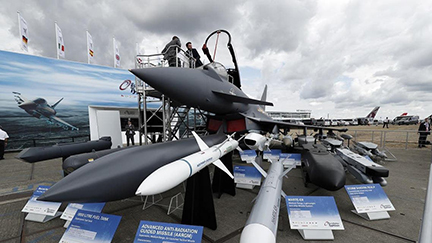 The UK has lifted all restrictions on arms exports to Turkiye, the head of the Turkish Defense Industries Presidency said today.
“Important details on technical issues were discussed, and at the same time, steps were taken in principle to bring bilateral ties to a higher level in the field of defense,” Ismail Demir said during his visit to London.
Thus, all of the products have been removed from the list of export restrictions which was created by British authorities in December 2021.
The meetings also addressed cooperation opportunities in other countries, Demir said.
The UK has previously halted arms exports to Turkiye. In October 2019, the UK, Canada, and some other NATO members stopped exports and suspended the granting of arms export licenses for weapons that may be used to target Kurdish militias in Syria, while the Turkish military was conducting operations to clear the groups from areas near its border region.
Those licenses were essential to providing critical parts to Turkish defence projects, including jets and its famed armed combat drones.