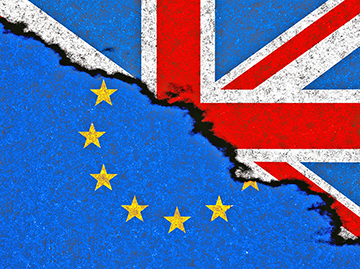 The UK is about to re-enter the EU’s ‘military mobility’ project, which seeks to boost the speed of military movements in Europe, especially in case of war, Dutch Defense Minister Kajsa Ollongren told British media on Tuesday.

Speaking to The Times, Ollongren revealed that ministers in the bloc are expected to approve Britain’s return to the project, which it left after Brexit, as early as next month. The Dutch-led initiative seeks to simplify cross-border military transport procedures and cut through red tape, which would allow its participants to send personnel and equipment to the frontline more quickly should the need arise.

According to the defense minister, plans for re-admitting the UK to the group are “very much related to the war in Ukraine.” She noted, however, that the issue of British membership has been “sensitive” since the UK officially left the EU in 2020.

“Britain was out because of Brexit but since Brexit did not change the geography, it’s very important to get you back in,” she told The Times. Ollongren went on to say that she is “really happy” that the UK will rejoin due to the role the country is playing in terms of Western support for Ukraine, as Kiev remains locked in conflict with Russia.

The defense minister noted that military mobility is “not a very sexy issue,” but stressed its importance. “While there is a war, you must know the procedures to get the things you need and the people you need from one place to another.”

In the past, the project incorporated only EU states, but last year it was joined by Canada, the US, and Norway. The UK’s bid to enter the initiative was approved by the EU’s Political and Security Committee last week, and the decision is widely expected to be formalized in mid-November.

As things currently stand, the UK leads one of NATO’s battlegroups in Estonia, with a total of about 1,500 British troops deployed in the country. Last month, however, The Times reported that London plans to halve the number of service members stationed in the Baltic nation, with a source telling the outlet that “many European nations” feel that the British Army has over-stretched itself with its security commitment.

Earlier this month, Kremlin spokesman Dmitry Peskov claimed that NATO has “de-facto become involved in the Ukraine conflict,” while adding that this will not prevent Moscow from following through with its plans and achieving its military goals in Ukraine.