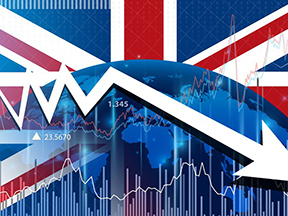 LONDON, Oct 11 (XINHUA/APP): The United Kingdom’s (UK) unemployment rate in the three months to August decreased to 3.5 percent, the lowest since February 1974, as long-term sickness kept some workers out of the labor market, official data showed on Tuesday.
The number of people unemployed for between 6 and 12 months increased in the June-August period, while there were decreases for the short-term (up to 6 months) and long-term (over 12 months) unemployed, according to the Office for National Statistics (ONS). Meanwhile, the economic inactivity rate for people neither working nor looking for work increased by 0.6 percentage points to 21.7 percent in the three months. This increase was driven by people inactive because they are long-term sick or because they are students.
The number of those economically inactive because of long-term sickness increased to a record high, the ONS noted.
The UK employment rate for June-August stood at 75.5 percent, 0.3 percentage points lower than the previous quarter of March-May.
“While unemployment is falling, so too is employment, as the workforce continues to shrink,” the think tank Resolution Foundation said. “High levels of economic inactivity pose a challenge to the government’s growth agenda, given that growth in the 2010s was driven in large part by rising employment.”
Growth in average total pay including bonuses was 6 percent, whereas growth in regular pay excluding bonuses was 5.4 percent among employees in June-August. This is the strongest growth in regular pay seen outside the COVID-19 pandemic period, the ONS added.
“Combined with such a low rate of unemployment and pay rises edging upwards, we see no reason why the Bank of England would pause its upward march of interest rate rises when it meets in early November,” said chief economist at the Institute of Directors Kitty Ussher.