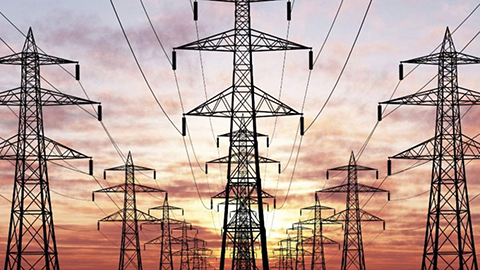 Damage to the energy infrastructure caused by Moscow’s air strikes has forced Ukraine’s government to cut off electricity exports to the EU, taking away a supply source that Kiev claims helped its partners reduce their reliance on power generated with Russian natural gas.

“Today’s missile strikes, which hit the thermal generation and electrical substations, forced Ukraine to suspend electricity exports from October 11, 2022, to stabilize its own energy system,” the Ukrainian Energy Ministry said on Monday in a statement.

The ministry noted that even after losing control of the Zaporozhye Nuclear Power Plant to Russian forces in March, Kiev had been able to meet export commitments to its EU partners, but Monday’s attacks were the largest of the entire conflict. “The cynicism is that the entire supply chain has been hit,” Energy Minister German Galushchenko said. “It’s both electricity distribution systems and generation. The enemy’s goal is to make it difficult to reconnect electricity supplies from other sources.”

“If there are further attempts to conduct terrorist attacks on our soil, Russia will respond firmly and on a scale corresponding to the threats created against Russia,” Putin announced.

Galushchenko, however, accused Moscow of waging “energy terror” in retaliation for Kiev helping other countries reduce their dependence on Russia. After joining European energy system ENTSO-E back in June, Kiev said it expected to earn some €1.5 billion from electricity exports to the EU by the end of the year.

“That is why Russia is destroying our energy system, killing the very possibility of exporting electricity from Ukraine,” the energy minister claimed.

Ukrenergo, the national power grid operator, claimed its specialists have been “engaging backup supply schemes” and repaired some of the damage by Monday night.

In the meantime, the ministry urged “all citizens of Ukraine to unite” and minimize their energy use during the peak demand hours, arguing that not only Ukraine is implementing measures to reduce power consumption, but the “whole of Europe is doing this now.”