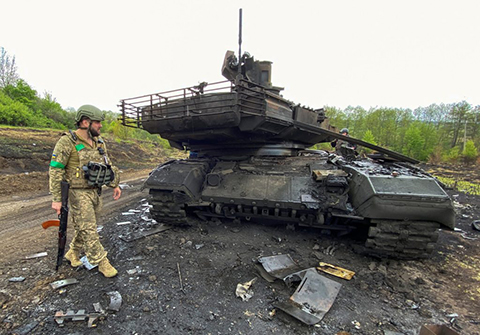 More than 4,000 Ukrainian troops were killed and another 8,000 injured between September 6 and 10 in the south and east of the country, ministry spokesman Lieutenant General Igor Konashenkov said during a daily briefing on Sunday.

According to the official, Russian forces conducted “precision strikes” with missiles and artillery targeting pro-Kiev units in Kharkov region, from where Russian troops retreated earlier as part of what Moscow described as “redeployment.”

Russia said its military has destroyed, among other things, numerous command posts and shot down a helicopter over the past few days.

The Defense Ministry also accused the Ukrainian troops of having shelled the Zaporozhye nuclear power plant 26 times since September 1. The Russia-controlled facility located in Ukraine’s southern Zaporozhye region was seized by Russian forces in early March, soon after Moscow launched its military operation.

On Sunday, the last working reactor at the plant was switched off. According to a member of the region’s pro-Russian administration, the decision was made due to continued shelling of the plant by Ukraine and damage to the power lines. The constantly changing modes in which the reactors and turbines were forced to operate, because of the attacks, created the risk of an accident, Vladimir Rogov told RIA-Novosti.

Kiev and Moscow have been accusing each other of targeting the power plant and risking a nuclear disaster for several months now.

In its Sunday briefing, the Russian Defense Ministry also alleged that the Ukrainian military was deliberately striking “energy infrastructure on liberated territories,” including in the Donetsk People’s Republic.